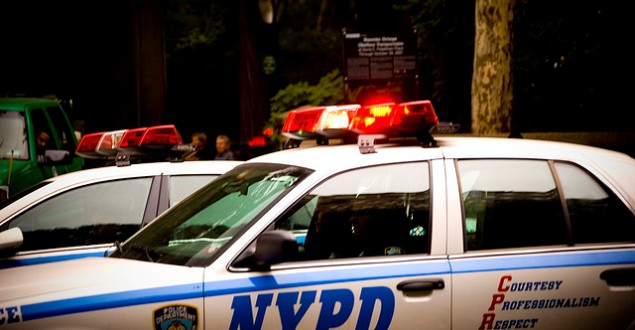 By now, it’s well known that the National Security Agency (NSA) is collecting troves of data about law-abiding Americans. But the NSA is not alone: a series of new reports show that state and local police have been busy collecting data on our daily activities as well — under questionable or nonexistent legal pretenses. These revelations about the extent of police snooping in the U.S. — and the lack of oversight over it — paint a disturbing picture for anyone who cares about civil liberties and privacy protection.

The tactics used by law enforcement are aggressive, surreptitious, and surprising to even longtime surveillance experts.  One report released last month made front page news: an investigation by more than 50 journalists that found that local law enforcement agencies are collecting cell phone data about thousands of innocent Americans each year by tapping into cellphone towers and even creating fake ones that act as data traps.

A new report by the Brennan Center for Justice at NYU School of Law details how police departments around the country have created data “fusion centers” to collect and share reports about residents. But the information in these reports seldom bears any relation to crime or terrorism. In California, for example, officers are encouraged to document and immediately report on “suspicious” activities such as “individuals who stay at bus or train stops for extended periods while buses and trains come and go,” “individuals who carry on long conversations on pay or cellular phones,” and “joggers who stand and stretch for an inordinate amount of time.” In Houston, Texas, the criteria are so broad they include anything deemed “suspicious or worthy of reporting.” Many police departments and fusion centers have reported on constitutionally protected activities such as photography and political speech. They have also demonstrated a troubling tendency to focus on people who appear to be of Middle Eastern origin.

Like the NSA – their heavy-handed Big Brother – these fusion centers cast a wide net and risk civil liberties for paltry returns. And all of it is happening without sufficient oversight or accountability. In other words, no one is watching Little Brother.

How did it come to this?  In the aftermath of the September 11, 2001 attacks, all levels of government – federal, state, and local – embarked on a massive effort to improve information sharing. Federal taxpayer dollars fueled the transition into a new role for state and local police as the eyes and ears of the intelligence community.

The ad-hoc system that has developed — of individual police departments feeding information to federal authorities — has been plagued by vague and inconsistent rules. For one thing, there’s a lack of agreement about what counts as “suspicious activity” and when that information should be shared.

The goal, in theory, is to reveal potential terrorist plots by “connecting the dots” of disparate or even innocuous pieces of information. But in practice, such programs often infringe on civil liberties and threaten safety, producing a din of data with little or no counterterrorism value. In Boston, for example, the regional fusion center fixated on monitoring peace activists and Occupy Boston protesters but may have been unaware that the FBI conducted an assessment of bombing suspect Tamerlan Tsarnaev based on a tip from Russia, or that local authorities had implicated him in a gruesome triple homicide on the anniversary of 9/11.

In fact, a 2012 report by the Senate Homeland Security Committee found that much of the information produced by fusion centers was not only useless, but also possibly illegal. Indeed, more than 95 percent of so-called “suspicious activity reports” are never investigated by the FBI.

We can do better. First and foremost, there must be a consistent, transparent standard for state and local intelligence activities based on reasonable suspicion of criminal activity – the traditional bar for opening an investigation. The federal government should make this standard a prerequisite for sharing suspicious activity reports on its networks. State and local police should adopt it as well.

Second, stronger oversight and accountability is necessary across the board. At the federal level, Congress should tie continued funding for fusion centers to regular, independent, and publicly available audits to assess compliance with privacy rules. State and local elected officials should also consider creating an independent police monitor, such as an inspector general, to safeguard privacy and civil rights.

To be sure, cooperation between levels of government is essential, and state and local law enforcement have an important role to play in keeping Americans safe. But the current system is ineffective, wasteful, and harmful to constitutional values.

It is time to recalibrate the system and make the state and local role in national security efficient, rational, and fair.