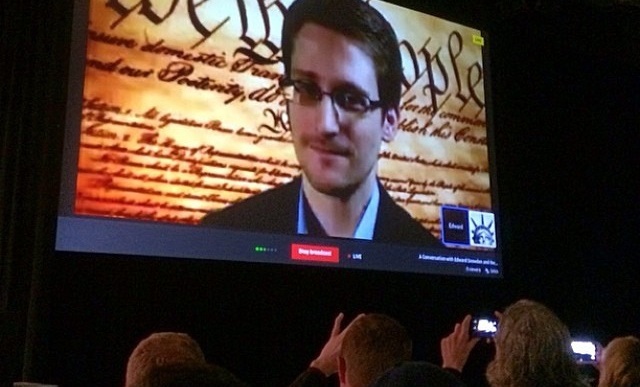 Crossposted from The Christian Science Monitor.

It has been one year since the first public disclosure of classified National Security Agency (NSA) documents leaked by Edward Snowden. He has said his aim was to start a debate over US government surveillance practices, and on that score, he succeeded spectacularly. Yet for all the debate, the only thing more striking than the changes that have resulted is how much has stayed the same.

On the one hand, the country’s surveillance policies have been subject to scrutiny and revision that would have been unimaginable one year ago. Director of National Intelligence James Clapper, no doubt hoping to stay ahead of the stream of Mr. Snowden’s disclosures, declassified and released thousands of pages of documents about intelligence programs.

Two independent committees and a federal judge examined and sharply criticized the NSA’s activities. President Obama announced that he would seek legislation to replace the NSA’s bulk collection of Americans’ telephone records with a less intrusive alternative. And in the interim, he ordered the NSA to seek judicial authorization before searching the phone records it collected.

On the other hand, bulk collection – the NSA program that has been most controversial among Americans and that has the weakest security justification – continues. Last month, the House was poised to approve a bill, the “USA Freedom Act,” which would have ended the practice. But in 11th-hour talks behind closed doors, intelligence officials prevailed on House leadership to introduce a loophole, allowing the government to choose the “specific selection terms” it would use to identify records for intake. It is now unclear, at best, how “bulky” the government’s collection might be under the bill.

There has been even less progress toward ending so-called “back door searches” of actual communications content. Under the 2008 FISA Amendments Act, the government has broad authority to collect the calls and e-mails of foreigners overseas without a warrant – so-called “programmatic surveillance.” While these communications may include contacts with Americans, the law requires the government to strictly limit the retention and use of Americans’ information.

Instead, as Snowden revealed, the government runs searches of the collected communications for the express purpose of finding and reviewing Americans’ calls and e-mails. The USA Freedom Act originally would have banned this insidious practice, but the prohibition was stripped out.

Strikingly, there has been no significant movement in Congress to revisit “programmatic surveillance” itself. By authorizing the NSA to collect all communications of targeted foreigners, including their exchanges with Americans, the 2008 legislation in effect authorized the warrantless domestic collection of Americans’ international communications. This change upended 30 years of statutory law and any sensible reading of the Fourth Amendment.

Snowden’s disclosures revealed that the NSA collects 250 million Internet communications each year under this program. And yet, none of the bills in Congress and none of the reviewing committees’ recommendations to date would end this massive intrusion on Americans’ privacy.

Why does surveillance policy today look so similar to surveillance policy a year ago? After all, polls show that a majority of Americans feels the NSA has gone too far and should be reined in. Still, a substantial minority supports broad NSA surveillance. Many in this latter category – particularly younger Americans, who are less familiar with the intelligence agencies’ cold war history of political spying and targeting of social justice movements – feel that people with nothing to hide have nothing to fear.

Indeed, the lack of known evidence of cold war-style abuses has dampened the public push for change. Many Americans are unmoved by the mere potential for abuse – however great that potential may be. While leaked documents show that the NSA has routinely flouted limits on the collection and use of data, there is currently no proof that these systemic violations were deliberate, or that information was used for improper political purposes.

That said, one would not necessarily expect to see such wrongdoing documented in the official NSA databases to which Snowden had access. It took the 1975 Church Committee, a special Senate panel convened in the wake of the Watergate scandals, to unearth intelligence agencies’ misconduct 40 years ago. There is no similar investigation on the horizon today.

Finally, the surveillance reform movement today faces a uniquely daunting opponent. The intelligence agencies and some of their corporate partners have weighty bureaucratic, institutional, and financial interests in continuing the NSA’s expansive surveillance. Moreover, even the most well-meaning intelligence officials are steeped in an institutional culture that treats all security risks as existential threats and gives short shrift to privacy concerns. The influence of these agencies is profound – as evidenced by the quiet rewriting of the USA Freedom Act last month.

Where will we be in June 2015? The answer likely depends on events we cannot yet predict. Another explosive Snowden revelation could tip the scales toward new limits on surveillance. Or a terrorist attack, either executed or thwarted, could lead Congress to jettison existing surveillance limits. In the meantime, we are left in the limbo of a “post-Snowden” world that is at once entirely new – and unsettlingly familiar.