Derek Rosenfeld is a senior media strategist at the Brennan Center. He leads media strategy for the Center’s Justice and Judiciary programs, and previously worked with the Voting Rights and Election program. Prior to joining the Brennan Center, Rosenfeld spent eight years on the Communications team at the Drug Policy Alliance. He directed the organization’s social media strategy, and also managed their press database and media relations, website content, and email marketing. The organization’s social media presence grew from 3,000 followers to more than 300,000 dedicated supporters across Facebook, Twitter, and Instagram during his tenure.

Prior to DPA, Rosenfeld worked as a constituent liaison in New York City Council Member Stephen Levin’s office in Brooklyn. He has a Bachelor’s degree in legal studies from the University at Buffalo. 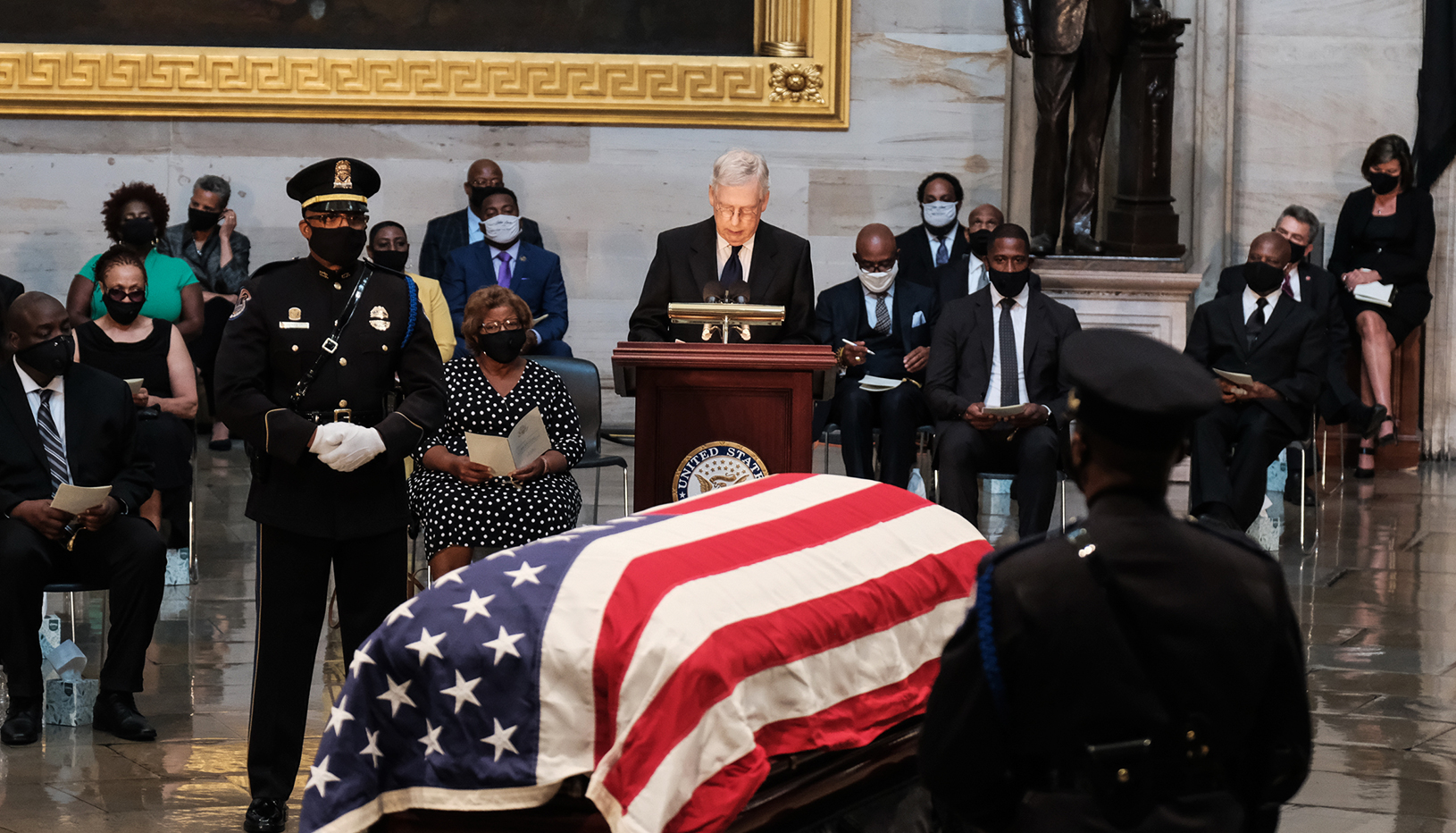 Mitch McConnell Honored John Lewis with Words. Now He Must Do It with Action.

The Senate majority leader supported the Voting Rights Act in the past, but now he’s refusing to restore its key protections.