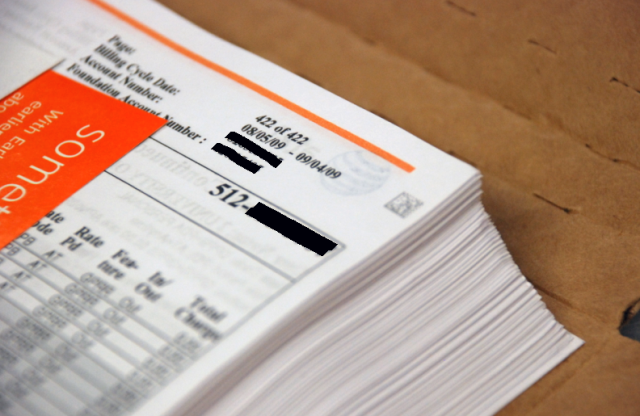 Crossposted in the National Law Journal.

The Obama administration released a white paper on August 9 about its telephone metadata collection program. The paper is supposed to explain the legal basis for the government’s collection of information about all Americans’ phone calls. Ultimately, the paper raises more questions than it answers.

We already knew the program was ostensibly authorized by the Patriot Act. We knew the secretive Foreign Intelligence Surveillance Court issues regular orders to the major phone carriers, directing them to send information about every single phone call made in this country — time, length, recipient — to the National Security Agency at the end of every day.

But what we don’t know may be more telling.

First, what else is the government gathering in bulk? The paper asserts that phone metadata are collected because the NSA can analyze them to tease out previously unknown associations, but that other types of personal information — medical and library records — are not collected in bulk because those broad-scale analytical tools do not apply. One category is conspicuously omitted: credit card records, which the Wall Street Journal has reported the NSA is gathering as well.

While the government has cryptically denied these reports, the refutation may cover only the NSA — whose mandate is limited to analyzing communications information — and not other agencies. Section 215 of the Patriot Act does permit requests for credit card records, and the IRS has reportedly been applying “big data” analytical methods to bulk credit card databases.

Moreover, Senator Ron Wyden, a member of the Senate Intelligence Committee who has warned about the American surveillance state, has mentioned credit card records multiple times in speeches about the government’s authority under the Patriot Act.

Second, why is the government using Section 215 to collect prospective telephone records, instead of so-called pen register and trap-and-trace orders? These orders also allow the government to obtain information about phone calls without recording the content of the calls. Changes in the Patriot Act made them considerably easier to obtain for foreign intelligence information. Perhaps the government concluded they were too narrow to allow for bulk collection (despite evidence they have been used for wholesale collection of Internet metadata), or perhaps the limitations on their renewal or the use of the information obtained was too restrictive. Regardless, Congress set out a clear statutory path for intelligence agencies to obtain this type of information. Why did the administration reject it in favor of Section 215?

Third, what exactly has Congress knowingly approved? The paper argues that Congress was “on notice” about the program and “had access to information” when it reauthorized the Patriot Act. Current members of Congress and former staff have strenuously disagreed. One representative has even accused the House Intelligence Committee of having withheld a key document from the 2010 House freshman class, calling into question the foundation of a recently declassified memorandum from the director of national intelligence — an allegation the white paper seems to implicitly acknowledge. And even the author of the Patriot Act has said that the current interpretation is at odds with the intent of the statute. It is an open question whether our elected representatives knew exactly what they were approving when they reauthorized the law — and, regardless, they had no way of openly debating the classified program.

Fourth, how many elements of the statute is the government reading broadly? Section 215 allows the government to obtain materials that are “relevant” to a counterintelligence or counterterrorism investigation. The interpretation of “relevance” has been the subject of significant skepticism, and we await the full legal reasoning. The government may be playing fast and loose with “investigation,” as well. Under the statute, an order can be issued only as part of an “authorized investigation.” The white paper gives this statutory language a surprising gloss: The documents can include “information relevant to the investigative process,” and the FBI is not limited to records that bear on a particular “terrorist plot or national security threat.” Need the metadata only be relevant to some aspect of a possible future investigation?

Finally, has this sweeping program added appreciably to Americans’ safety? The white paper says that the NSA’s analysis of telephone metadata “can” contribute to preventing terrorist attacks. But senators Wyden and Mark Udall, also a member of the Senate Intelligence Committee, have said that no terrorist attacks have been thwarted by this authority.

Following his own review of classified materials, Senator Patrick Leahy raised similar concerns. Even the deputy director of the NSA has said that the program made key contributions to disrupting, at most, one terror plot, but he did not explain whether a more narrowly targeted program could have done the same. If the program is effective, its intrusions on privacy may still be too great. But if it is not valuable, the conversation should surely end there.

The administration may be trying to make good on its promises of transparency. But it has a long way to go. Answering these questions would be a first step.

Photo by me and the sysop.