The right to vote is a fundamental American value that must be protected. For generations, the Voting Rights Act has been instrumental in protecting this right. On February 27, 2013, the Supreme Court will consider a key provision of this landmark civil rights law in Shelby County v. Holder. This summary explains the history and importance of the Voting Rights Act for minority voters, and why the Supreme Court must uphold the law.

The Voting Rights Act was passed in 1965 to ensure state and local governments don’t pass laws or policies that deny American citizens the equal right to vote based on race. As the leading democracy of the world, the U.S. should work to keep voting free, fair, and accessible. That’s why the Voting Rights Act is so important. It makes sure every citizen, regardless of their race, has an equal opportunity to have a say and participate in our great democracy. The Voting Rights Act is the most effective civil rights law ever enacted, and it’s something we should all be proud of. 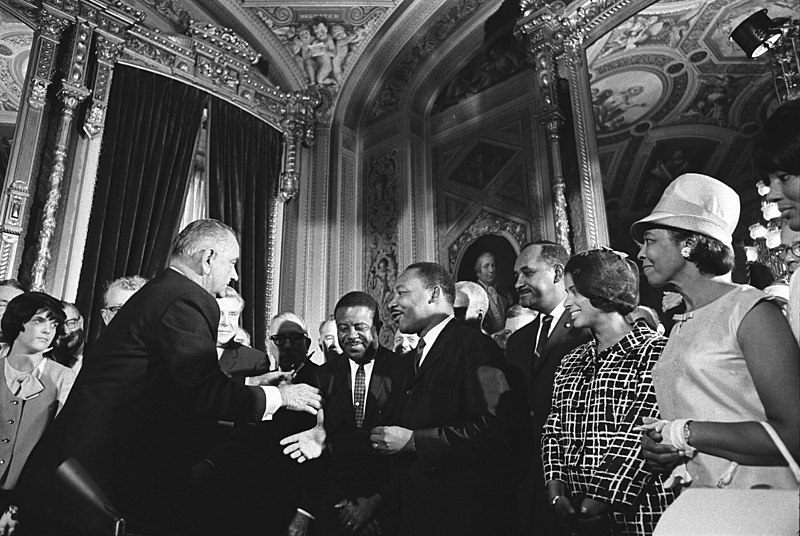 Section 5 is the heart of the Voting Rights Act. It requires covered jurisdictions to submit any proposed changes in voting procedures to the U.S. Department of Justice or a federal district court in D.C. — before it goes into effect — to ensure it does not harm minority voters. This blocks discrimination before it occurs. This process is known as “preclearance.” Section 5 applies to all or part of 16 states. See here for a complete list.

Section 5 is an essential and proven tool. Although progress has been made since the Voting Rights Act passed in 1965, voting discrimination still persists. Between 1982 and 2006 (when Congress overwhelmingly renewed the law), the Voting Rights Act blocked more than 1,000 proposed discriminatory voting changes. Without Section 5’s protection, these changes would have gone into effect and harmed minority voters.

Section 5 is still needed to prevent and address real and continuing threats to Americans’ right to vote. States continue to enact laws to restrict minority voting access. Section 5 is a proven remedy to protect voters. In 2012, it blocked a highly-restrictive voter ID laws in Texas and a law in Florida that eliminated early voting days, which would have made it more difficult for hundreds of thousands of minority voters to cast a ballot.

In 2010, Shelby County, Alabama, a largely white suburb of Birmingham, filed suit in federal court in Washington, D.C., seeking to have Section 5 of the Voting Rights Act declared unconstitutional. Shelby County claims that Congress did not have the required constitutional authority when it reauthorized Section 5 in 2006. Shelby County’s challenge seeks to invalidate the law not only in Alabama, but everywhere Section 5 applies, including 9 full states, and 57 counties in 5 partially-covered states.

Shelby County’s own record of voting discrimination provides a good example for why this core protection is still necessary. In 2006, the City of Calera, which lies within Shelby County, enacted a discriminatory redistricting plan without complying with the Voting Rights Act, leading to the loss of the city’s sole black councilman, Ernest Montgomery. Under Section 5, however, Calera was required to draw a nondiscriminatory redistricting plan, and to conduct another election. In this lawful election, black voters selected their candidate of choice, and Mr. Montgomery regained his seat on the city council.

The Shelby County challenge claims the Voting Rights Act is unconstitutional because it hurts states’ rights. But this argument was rejected by the U.S. Supreme Court shortly after the Act was originally enacted in 1965. In total, four separate U.S. Supreme Court decisions have upheld the Voting Rights Act through the decades. In 2006, Congress also voted overwhelmingly to reauthorize this essential law (98–0 in the Senate, and 390–33 in the House), recognizing that serious threats to our voting rights continue today.

The Continuing Need for Section 5 of the Voting Rights Act

View this page as a PDF in English or Spanish. Also see this infographic from NAACP LDF on why Section 5 is still needed