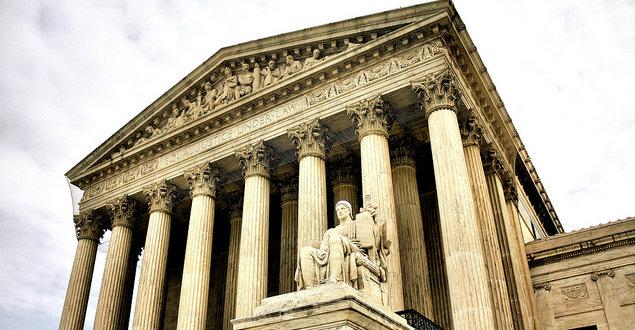 One year ago, the U.S. Supreme Court gutted the most powerful provision in the Voting Rights Act of 1965 — a law widely regarded as the most effective piece of civil rights legislation in American history. Specifically, in Shelby County v. Holder, the Court invalidated the formula that determined which states and localities, because of a history of discrimination, had to seek federal “preclearance,” or approval, from either the Department of Justice or a federal court before implementing any changes to their voting laws and procedures. For nearly 50 years, preclearance (set forth in Section 5 of the Voting Rights Act) assured that voting changes were transparent, vetted, and fair to all voters.

Before the Shelby County decision, the Brennan Center examined the potential consequences of a ruling against the preclearance process in If Section 5 Falls: New Voting Implications. In just the year since Shelby County, most of the feared consequences have come to pass — including attempts to: revive voting changes that were blocked as discriminatory, move forward with voting changes previously deterred, and implement new discriminatory voting restrictions.

The decision has had three major impacts:

This paper summarizes some of the stories behind these facts, and tracks the voting changes that have been implemented in the states and other jurisdictions formerly covered by Section 5: Alabama, Alaska, Arizona, Georgia, Louisiana, Mississippi, South Carolina, Texas, and Virginia in their entirety; and parts of California, Florida, Michigan, New York, North Carolina, and South Dakota.

I. The Loss of Section 5 Has Removed an Effective Deterrent Against Harmful Election Law Changes

Section 5 was a uniquely effective law that blocked or otherwise prevented scores of discriminatory voting changes from being implemented. While the Shelby County decision argued that the law was effectively obsolete, Section 5 remained a powerful tool through June 2013. In the 15 years before its operation was halted, Section 5 blocked 86 laws through its administrative process[1] and several more through litigation.[2] At least 13 of these laws were blocked in just the final 18 months before the Shelby Court’s ruling.[3]

Its effectiveness went beyond the laws it blocked. In one recent six-year period, 262 voting changes were withdrawn or altered after the Department of Justice (DOJ) asked the jurisdictions for more information to assess whether they were discriminatory under the Voting Rights Act (VRA).[4] That figure does not include the hundreds of voting changes that were deterred because jurisdictions knew they would not withstand VRA review.

A. Statewide Voting Changes That Were or Would Likely Have Been Blocked

These laws exist alongside other attempted or proposed statewide policy measures that can restrict the ability to vote through design and/or poor implementation:

B. Local Voting Changes That Were or Would Likely Have Been Blocked

Section 5’s loss will perhaps be felt most acutely at the local level. The great majority of voting law changes that were blocked as discriminatory under the Voting Rights Act were local: counties, municipalities, and other places that operate below the state level.[31] In the past year, the following changes and attempted changes have already taken place in jurisdictions previously covered in whole or in part by preclearance:

In 2013 and 2014, at least 10 of the 15 states that had been covered in whole or in part by Section 5 introduced new restrictive legislation that would make it harder for minority voters to cast a ballot. These have passed in two states: Virginia (stricter photo ID requirement and increased restrictions on third-party voter registration) and North Carolina (the above-discussed omnibus bill, which included the ID requirement, early voting cutbacks, and the elimination of same-day voter registration). Further, seven other formerly covered states also passed restrictive legislation in 2011 and 2012, prior to the Shelby County decision. Consider Texas, where state lawmakers passed one of the country’s most restrictive photo ID laws. That law did not and could not go into effect unless and until it was precleared by the DOJ or a three-judge federal court. In this instance, Texas first sought preclearance from the DOJ, but then eventually elected to litigate the matter before a federal court. Both the DOJ and the court denied preclearance, finding the restrictive photo ID requirement violated Section 5.

After the Shelby County decision, Texas put the previously blocked law into effect, and it remains so until voters can win a new lawsuit under another provision of the VRA, Section 2, making a similar showing, albeit under a different legal standard.[41] The photo ID law has been in place for local elections and the March 2014 primaries. The case is currently scheduled to go to trial before the 2014 election.

Challenging restrictive laws one by one under Section 2 or some other law is considerably more expensive than the administrative preclearance process these individual challenges now have to replace. The active Texas photo ID suit, which is a number of consolidated lawsuits, now lists more than 50 counsel of record on all sides.[42] In the months since that litigation began, the parties have produced more than 300 court filings, including motions, notices, and briefs, large and small. The consolidated North Carolina lawsuits include 40 counsel of record and have filed more than 120 documents.[43] The total cost of these lawsuits will be substantial. As a point of reference, three lawyers who participated in the Texas photo ID preclearance case in 2012 sought more than $350,000 in attorneys’ fees to cover their expenses.[44] The expenses for the active Texas photo ID litigation can expect to run into the millions.

Section 5 used to cover more than 8,000 state and local jurisdictions. That is gone now, and it is a large loss. In 2012, the final full calendar year before the Shelby County decision, the Justice Department received 18,146 election law and procedure changes from Section 5 jurisdictions.[45] From 2009 to 2013, the DOJ received 58,692 such changes.[46]

One of the statute’s most important functions was to impose transparency on these many thousands of election law changes. For example, the preclearance process included the possibility of input from the public, who could consult with the DOJ during its review or weigh in during any preclearance litigation before a court. Because covered jurisdictions had to provide notice to the DOJ whenever they made a change to their voting systems, there was also a centralized method to monitor those changes before they were implemented. The public benefited from that accountability. Without Section 5, thousands of changes to voting procedures may go unnoticed.

While advocates and community leaders remain vigilant and are working to build monitoring systems, Section 5’s mandate to centralize information for thousands upon thousands of voting law changes will be very difficult to replicate. Public notice by election officials and constant awareness by community members may well keep the public informed to a certain extent, but no ad hoc method of learning about incidents will adequately replace a tool with considerable coverage.

Section 5 protected voting rights by regulating, deterring, and blocking harmful voting law changes for nearly 50 years. The above information speaks to the fact that it remained active well after its enactment in 1965, and the continued existence of harmful, discriminatory voting laws rebuts the Supreme Court’s claim that progress has made the statute obsolete.

For all the real progress Section 5 facilitated, the nation and its voters now lack a critical tool to protect those earned advances. Bad laws with lasting, harmful consequences now lack a review mechanism, the method of fighting these laws is now limited to costly and time-intensive litigation, and the public has lost the one centralized means to track the thousands of changes annually that affect Americans’ right to vote.

The year since Shelby County tells only the beginning of a story, but even that beginning points to the tools and accountability that have been lost, and the necessity that our lawmakers recover them.

[1] This is the number of submissions of voting changes from the beginning of 1998 to which DOJ has interposed an objection. Some objections were later withdrawn or were superseded by a declaratory judgment action for court preclearance in the U.S. District Court for the District of Columbia. For state-by-state chronological listings of Section 5 objections, see Section 5 Objection Letters, U.S. Dept. of Justice, http://www.justice.gov/crt/records/vot/obj_letters/index.php (listing 86 objections since the beginning of 1998).

[3] Supra notes 1 and 2. This is the number of objections interposed from the beginning of 2012 through the date of the Shelby County decision, combined with the preclearance litigation described in note 2.

[31] See Section 5 Objection Letters, Dept. of Justice, available at http://www.justice.gov/crt/records/vot/obj_letters/index.php. Unfortunately, because of the loss of Section 5’s notice requirement, it is difficult to learn of voting changes at the local level, which typically are not as high profile as the state-level changes. While some local voting changes have come to light, many others (like polling place closures, local election cancellations, and the like) are undoubtedly undiscovered.