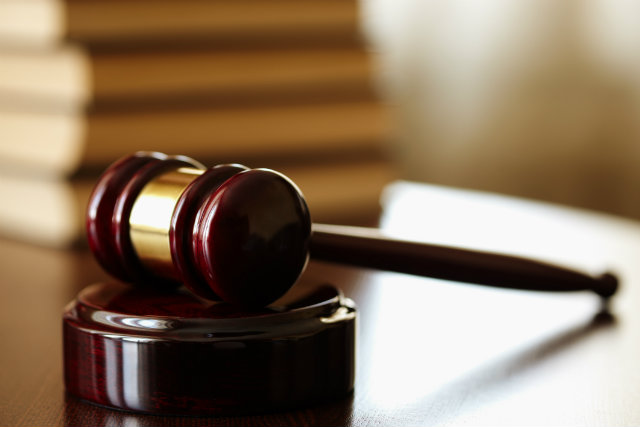 As we wind down another fascinating year in the annals of American law, the 6th U.S. Circuit Court of Appeals has given us the gift of clarity. On Thursday, in a case styled Dixon v. Houk, by a vote of 2–1, the federal appeals court issued a ruling that crystallizes the sorry state of the nation’s capital jurisprudence. The condemned man, Archie Dixon, got no relief from the court, will remain on Ohio’s death row for a 1993 murder, and may be scheduled for execution in 2014.

This result has come to pass despite a litany of facts that would make a reasonable person cry foul. It has come to pass despite a litany of constitutional commands that are designed to ensure the fairness and accuracy of capital cases. The judges responsible for the result here paid homage to these commands, in lofty language they cited at the beginning of their ruling, before ignoring either the letter of those commands, or the spirit of them, or both. What has happened in this case is an indefensible result sanctioned both by a federal appeals court and by the United States Supreme Court.

For example, although his trial lawyer “presented no evidence and cross-examined only three of the prosecution’s 15 witnesses,” the 6th Circuit declared itself satisfied that Dixon had received effective assistance of counsel. They accomplished this trick by applying the following standard:

Despite any shortcomings in counsel’s performance or the quality of his strategy, Dixon must show that the performance was unreasonable and that it prejudiced the case in order to succeed on his claim. That he cannot do.

“That he cannot do,” the 6th Circuit confidently declared, because the Supreme Court in Strickland v. Washington in 1984 created a legal standard nearly impossible for defendants to overcome in these cases and because the lower court judges reviewing Dixon’s claims employed a series of dubious post-hoc rationalizations. There was so much incriminating evidence against Dixon at trial, they concluded, that no amount of cross-examination would have precluded his conviction. By this logic, no defense claim of “ineffective assistance of counsel" could ever succeed so long as the prosecution’s case was strong enough.

That’s not what the law says—or is supposed to say. What a perversion of the Sixth Amendment that is. And what a sad way to end 2013, the year in which we marked the 50th anniversary of Gideon v. Wainwright, the case that was supposed to grant a meaningful right to counsel. Gideon today is an emperor without any clothes, a right without remedy for people like Dixon and thousands of other defendants who are convicted and sentenced following trials (or plea deals) at which their overworked, underfunded attorneys perform lousy work that is then sanctioned by the courts.

Then there is the matter of the mitigating evidence that Dixon’s jurors never heard. At trial, Dixon’s attorney sought to introduce evidence that:

Dixon at age 19 spent 234 nights in jail for crimes he never committed. Dixon faced perhaps the rest of his life in prison after he was charged with rape and aggravated burglary in the fall of 1992. However, it wasn’t until nearly 8 months later, when DNA and fingerprint evidence conclusively proved his innocence, that he walked out of jail. Before this incident, Dixon did not have an adult record and had never spent time in an adult facility. Just three months into this wrongful imprisonment term, a psychological evaluation revealed that he suffered from “anxiety and depression,” was experiencing “personal family problems,” and had “doubts about his emotional stability.”

Just four months later, without having undergone any treatment or rehabilitation for this wrongful incarceration, Dixon committed the brutal murder for which Ohio has now condemned him to die. The jury never heard evidence of the psychological trauma of his time in jail. The jury had no context for his statements to detectives when he told them that he had “no faith in the system anymore.”

The judge simply determined that this evidence was irrelevant, despite his counsel’s argument that this information might give the jury some understanding of his mental state “because he had suffered a pretty outrageous injustice himself, and he was an angry young man.” (citations omitted by  me).

Trial judges (sadly) make errors like this all the time — they preclude evidence that should be heard and permit evidence that should be blocked. That’s why America has appellate courts. But the appellate courts that reviewed this record — both the Ohio Supreme Court and now the 6th Circuit — concluded somehow that the errors Dixon’s trial judge made by not permitting jurors to hear this obviously relevant mitigating evidence were what judges euphemistically call “harmless error.” Here is the rationale from the 6th Circuit in Thursday’s ruling:

Given the specific facts of Dixon’s crime and the compelling aggravating evidence in this case, evidence of Dixon’s prior wrongful incarceration due to unrelated rape allegations would, at best, have been negligibly mitigating. We do not believe that its exclusion had any substantial effect on Dixon’s sentencing. See Brecht v. Abrahamson, 507 U.S. 619, 639 (1993). The Ohio Supreme Court’s conclusion that the exclusion of Dixon’s wrongful incarceration was harmless is therefore not contrary to clearly established federal law.

Got that? According to the 6th Circuit, not only was the evidence against Dixon so compelling that it precluded the possibility of an “ineffective assistance of counsel” claim it also vitiated the impact any mitigating evidence might have had upon jurors following Dixon’s conviction. This result makes meaningless the constitutional concept of a bifurcated trial in which a capital defendant is guaranteed the right to present mitigating evidence. With a man’s life on the line, such a rule creates the presumption that the preclusion of strong mitigating evidence is “harmless error” unless a capital defendant can prove otherwise. How hard is it to prove otherwise? As hard as proving any other counterfactual proposition you can think of.

For dissenting judge Gilbert Merritt the result in Dixon was senseless. He wrote:

We cannot know now how much jurors would have been influenced by the exoneration evidence and how the discussion of the death penalty in the jury room would have changed. But certainly no one can confidently predict that it would not have been discussed as a serious basis for sparing Dixon’s life. It should not have been swept under the rug at the trial or on appeal…It is our duty to see that individuals are not executed in the face of uncontested constitutional violations.

… It is clear that [Dixon’s] trial jury had no idea about petitioner’s unusually cruel and brutal treatment as a child or his long wrongful incarceration at the hands of the state. Had these mitigating factors come before the jury, one or more jurors might well have spared his life.

The story of this case is the story of capital punishment in America in 2013. Our nation’s courts do not routinely seek out ways to remedy material errors in these cases. Instead they routinely bend over backward to justify results, convictions, and death penalties even they themselves concede are inaccurate or based upon unfair procedures. They reward, or at least do not punish, incompetent defense attorneys and myopic judges. The concept of “harmless error” itself is Orwellian, and always has been, and perhaps never more than in this year of cases like this, where men are sent to death row, or kept them, following trials and appeals unworthy of our rule of law.