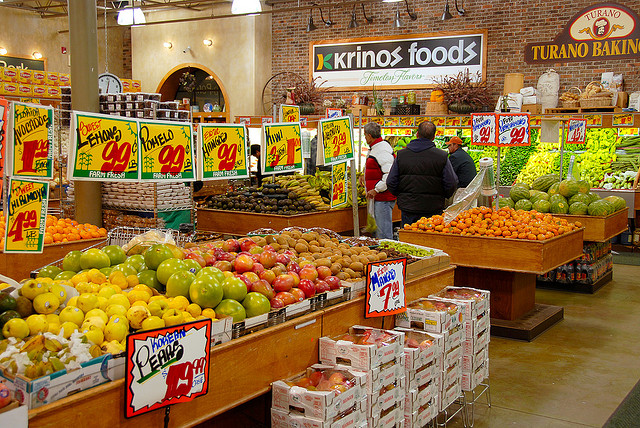 Paul Krugman wrote a poignant piece earlier this week in The New York Times on what he called “the ugly, destructive war on food stamps.” Citing a recent study on the growing need for federal assistance to feed the nation’s poor, he pointed out “that each dollar spent on food stamps in a depressed economy raises G.D.P by about $1.70” and that “food stamps greatly reduce food insecurity among low-income children, which, in turn, greatly enhances their chances of doing well in school and growing up to be successful, productive adults.”

But there is another front in the war on food stamps that Krugman did not mention, at least not directly, and it’s worth pointing out here. Last week, Sen. David Vitter (R-La.) quietly introduced an amendment to a pending farm bill that would bar food stamps to people previously convicted of murder, rape, and sexual crimes against children. Not only that, the proposed measure would impact the families — the children and grandchildren — of those ex-felons by reducing the amount of food stamps those folks could receive.

“Thank God we can all agree that taxpayers shouldn’t be forced to feed murderers, rapists, and pedophiles,” one conservative commentator noted in response, evidently forgetting that our prisons are teeming with “murderers, rapists, and pedophiles” — some guilty, some innocent — who are being fed and housed at taxpayer expense. The Constitution requires convicted felons to be given the basic necessities of life while they are incarcerated. Common sense and principles of basic human decency demand they be given similar necessities once they have served their time and become “free” again.

What Vitter’s proposed measure seeks to do is continue to punish people long after they have served the punishment given to them by judges and juries — to impose upon a certain class of ex-felons a lifetime ban upon basic government help. The concept is entirely punitive in nature — an expression by society that even when these people are released from prison, even when they are trying to reintegrate themselves into the world, they will be subject to self-defeating legal impediments that may be devastating both to them and to their families.

The case against such a federal policy ought to be self-evident. But I will leave it to Inimai Chettiar, the Justice Program Director at the Brennan Center, to lay it out anyway. She told me Friday:

This amendment is yet another example of legislators being pennywise and pound-foolish. We might save some money in the short term by cutting food stamps to the formerly incarcerated. But the long-term costs are much greater. For starters, studies show that stripping away services like food stamps, job training, and educational programs from people exiting prison — especially those who committed violent crimes — actually increases the likelihood they will recidivate. Taking away these services makes it harder for them to get back on their feet, find employment, and reintegrate into society. This increases crime, and therefore law enforcement and corrections spending. It would also slow down our economic recovery. And it would have the hardest impact on children, along with women and communities of color.

Another person closely watching the unfolding catastrophe is Jeremy Haile, the Federal Advocacy Counsel at the Sentencing Project. On Thursday, he gave me a sense of what’s at stake if the Vitter amendment becomes law. “Nationwide,” he wrote, “over 2.2 million people are behind bars. Of those in prison, about one in six were convicted of offenses targeted by Vitter’s amendment. Most of these individuals will one day be released. Over time, the food stamp ban would be felt by well over a million people, with communities of color disproportionately affected. This loss of food assistance would be in addition to the felony drug ban already in effect.”

“In terms of harm to the household,” Haile continued, “a recent study by researchers at the Yale medical school found that people denied food assistance because of a drug conviction are at greater risk of hunger and of engaging in risky sexual behavior — such as prostitution — in order to get money for food. The amendment would take food benefits away from dependents by counting the income of the convicted person in calculating household benefits but removing him or her from the SNAP program.” Vitter was unavailable for comment Friday afternoon.

As Krugman points out, proposed measures like these aren’t just bad for policy reasons. They aren’t just divisive in a way that shocks the conscience (some ex-felons, who long ago completed their sentences, would be retroactively subject to the new sanctions). We sentence these men and women to do the time for their crime. We promulgate harsh prison policies designed to punish, not rehabilitate, them. Then we send them out into the street and refuse to help ensure they can become successful members of society. It hurts them immediately, of course. They and their children and grandchildren go hungry. But it hurts all of us even more in the long run.