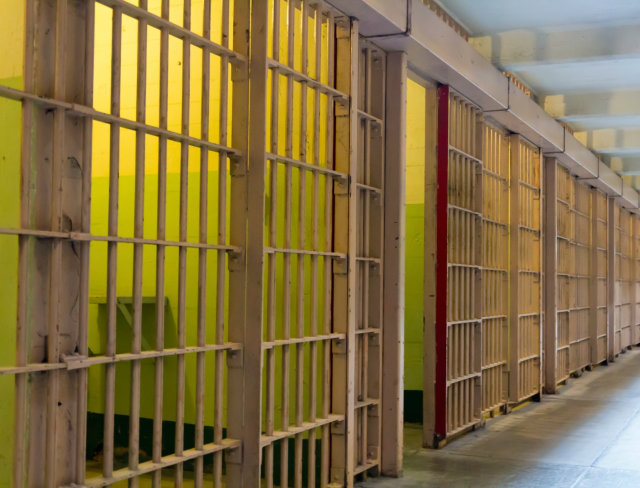 After decades of futility going back to the Reagan era, the sentencing reform movement in America already has had a pretty good decade. The economic argument against mass incarceration, more than any concerns about racial injustice or civil liberties, more than any judicial tinkering around the edges of the problem, has gradually brought conservatives back around to a place progressives never left: the idea that we should be spending more money on schools than on prisons. The reason for acting sensibly, of course, doesn’t matter as much as does the sensible act itself.

And momentum for reform figures to get even stronger now that Attorney General Eric Holder has put his cards on the table with a landmark announcement Monday that federal prosecutors will employ a more sensible approach to non-violent drug crimes to gradually reduce the populations of our overcrowded federal prisons. The Justice Department is formally recognizing what many Americans have long known in their hearts— for all the talk about “law and order” there is a point at which being “tough on crime” simply becomes too expensive.

But even as the feds are roused to action, and even as more and more states realize they can’t keep sending their citizens to prison, the truth is that there is still far to go to remedy the harm America’s futile war on drugs has caused to so many. As the Brennan Center’s Inimai Chettiar noted last month “it’s premature to celebrate” the beginning of the end of mass incarceration. And there is cause to be worried about the ability of federal lawmakers to take Holder’s policy initiative and turn it into hard federal law.

It’s been, as I said, a remarkable decade of change in this area of the law and much of it has come from the justices in Washington. In 2004, the United States Supreme Court in Blakely v. Washington ruled that judges could not enhance criminal sentences based upon facts not found by jurors or conceded by defendants. In 2005, in United States v. Booker, the Court ruled that the Federal Sentencing Guidelines were just that—guidelines- which gave judges more discretion to impose “reasonable” sentences. In 2007, in Kimbrough v. United States the Court gave judges the discretion to give sentences lower than suggested guidelines in crack cocaine cases (that have been marked by racial disparities).

In 2010, Congress enacted the Fair Sentencing Act designed to reduce the disparity in crack cocaine sentencing. In 2012, in Dorsey v. United States, the Supreme Court both upheld the constitutionality of that federal statute and determined that the “lower mandatory minimum” sentences applied to the “post-Act sentencing of pre-Act offenders.” Then, in 2013, in Peugh v. United States, the Court ruled that federal judges were barred from sentencing defendants based on guidelines promulgated after the commission of the crime if those guidelines increased the sentence.

Most of these rulings were split along ideological lines with Court conservatives largely resisting the urge in the absence of clearer Congressional guidance to give sentencing judges more leeway. But the message from the High Court as a whole has been clear: sentencing in criminal cases involving drugs comports best with constitutional principles when trial judges are once again permitted broad discretion to sentence individuals as individuals. The cherry on the sundae for this old principle probably came last November when California voters dramatically restricted the scope of the state’s disastrous three-strikes law.

What Still Needs to Be Done

So the judiciary in many respects has led the way but now the legislative and executive branches will have to proactively reset the nation’s sentencing laws. The good news is that there are today several measures with bipartisan support pending on Capitol Hill. There is the Smarter Sentencing Act of 2013, which largely tracks the Attorney Generals new proposal. There is the Justice Safety Valve Act of 2013, which would codify the broader discretion the Supreme Court has given to sentencing judges to use discretion in selecting prison terms. And there are several marijuana reform measures also pending that deserve close attention.

But if Washington really wants to end prison overcrowding, and ease the pain and cost of the war on drugs, it ought to go beyond all this. The Attorney General and Congress ought to launch investigations into the widespread use and abuse of “private prisons.” The Justice Department ought to exercise more oversight over its Bureau of Prisons, which is abusing and neglecting mentally ill prisoners. And both the Obama Administration and Congress also ought to push the Drug Enforcement Administration to undertake an objective new review of its classification of marijuana as a Schedule 1 drug. Until that classification changes— and it absolutely should—the federal government will be at war with itself over the single biggest cause of our mass incarceration—the criminalization of marijuana.

All of this will not be finished in the next 100 days, to paraphrase President John Kennedy, but let us begin. If we are going to empty our prisons of tens of thousands of non-violent offenders, if we are to ease the horrific financial burden we’ve created for ourselves through mass incarceration, if we are to end the war on drugs with a realistic acknowledgment that there can be an honorable withdrawal, if we are to bring prison conditions back to constitutional standards, the time is now. The window of reason, after decades of self-delusion, is open and you never know when it is going to close again.