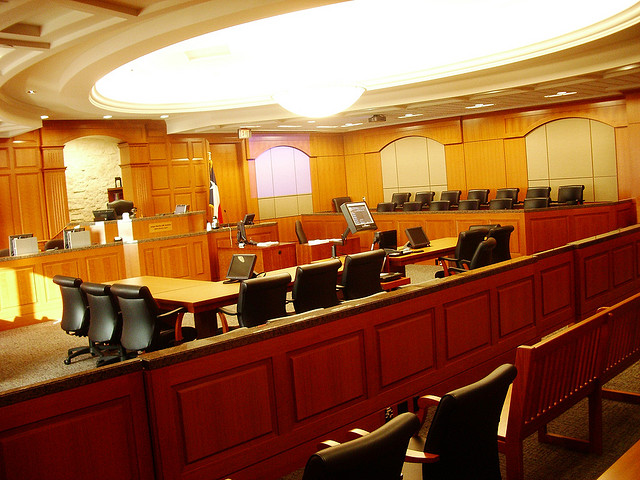 It surely is a sign of some great cosmic conspiracy that Jacques Verges, one of the most famous defense attorneys of all time, a man who unapologetically defended the Khmer Rouge, Carlos the Jackal, and countless other international villains and rogues, would die the very same week that Abbe Smith and Monroe H. Freedman would publish a collection of poignant essays from notable defense attorneys titled “How Can You Represent Those People?”

“The Question,” as the editors title it, is probably asked in sorrow, anger, and curiosity, a thousand times a day. “What is really being asked is ‘How can you represent people you know to be guilty?’” write Smith and Freedman. “Not guilty shoplifters, marijuana possessors, drunk drivers, or political protesters—these could be us, our children, our parents. Not the wrongly accused or convicted either—even the harshest critics understand defending the innocent. The Question refers instead to the representation of guilty criminals who have committed acts of violence or depravity.”

“There are no right answers” to the Question, the editors hasten to add; it all depends upon the lawyer. As someone who has never been a criminal defense attorney, here’s how I would answer: Anyone—everyone—is entitled to a defense, and to a lawyer, because our rule of law is based upon the premise that the State must prove its case against a person beyond a reasonable doubt and because the history of the world, and of America, teaches us that the State is quite often wrong, or worse, when it accuses someone of crime. The principle of that—like the presumption of innocence or the right to confront a witness against you—is more important than is the result of any single case.

Defense attorneys—at least the ones I have met and spoken with over the past 17 years—have different ways of expressing how they can “represent those people” but their explanations always boil down to the same essence: to be a defense attorney is to be a instrument that reduces the great imbalance that exists in the relationship between the government and the governed. In “defending those people,” the guilty and the innocent, the righteous and the profane, defense attorneys are eternally challenging the State to be fairer, more accurate, and more just. That may not be your choice of career but that doesn’t make it an ignoble one.

And by “representing those people,” defense attorneys often say, they also are fighting to subdue the worst impulses of the tyranny of the mob. In the same way that the Bill of Rights was designed to act as a counterbalance to the enumerated power of government enshrined in the Constitution, defense attorneys generally see themselves as a counterbalance to the whims and caprices of popular will. It is not just the police and prosecutor who oppose the defendant. In many instances it is society itself. Someone does have to do it—to represent the accused and the unpopular, the scorned and despised—in order for our constitutional principles to succeed.

The words of Clarence Darrow, the greatest American defense attorney, sadly are not included in Smith and Freedman’s book. But you can read them for yourself in Randall Tietjen’s fine collection of Darrow’s letters, titled “In the Clutches of the Law,” which shows the great lawyer at both his best and his worst. Why do we need defense attorneys? How can defense attorneys “represent those people”? Darrow knew the answer 120 years ago—and I submit the answer has not changed to this day. From a letter to the editor he wrote about the shooting of Chicago Mayor Carter Harrison, a piece that appeared in the November 18, 1893 issue of The Chicago Herald:

Everyone realizes the terrible nature of the deed and the frightful consequences of the act. Nothing can be said or done to make the calamity less or greater or to unmake the facts that are beyond recall. Heaping reproaches upon the miserable being who took his life cannot help the dead or alleviate the sorrows of his family and friends.

It seems as if the whole community had gone mad at the sight of blood and were ready to forget the better instincts that it was supposed civilization had developed in mankind. Some of our papers say that no loophole of the law must be found by lawyer, judge or jury that will permit the prisoner’s escape. Others, that all is needed now is a piece of rope and that no time should be wasted in a trial of the case….

… It is urged by nine men out of ten that it makes no difference whether he is crazy or not, he ought to be hanged, and those who protest are called “sickly sentimentalists.” Is it not time for a sober second thought? Under the laws of Illinois, if this man were crazy he is not guilty of a crime. Can we afford to sweep away the law because a great majority believe a prisoner has no right to live? Shall a majority say that the law shall be ignored when they believe the necessities demand? If this be the case, then there is no longer need for law. If the law is not strong enough to protect the humblest and weakest citizen it deserves the contempt of all.

What Darrow said then is no less true today. That’s why we need brave judges, and honest jurors, and defense attorneys who are willing to stand up on behalf of their despised clients and try to hold police and prosecutors accountable. Read the book, if you can, before you ask the Question again. Maybe it will change your mind about the value men like Darrow and Verges bring to the realm of the law.