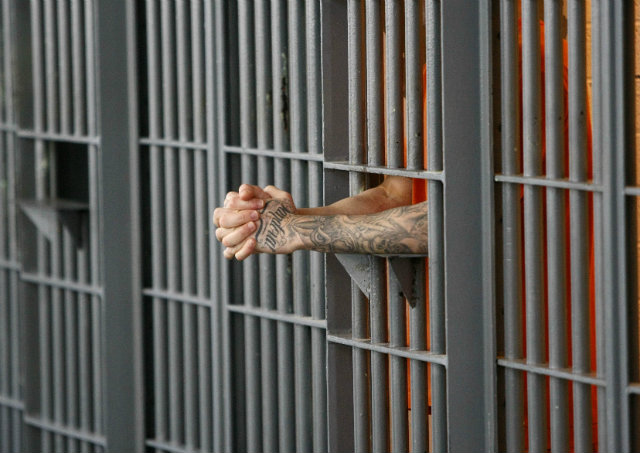 There is something terribly wrong with this picture.

In South Florida Thursday morning, a gaggle of media attorneys went to court fighting earnestly for their clients’ first amendment rights to access to police videos of the arrest of Justin Bieber. The Associated Press was represented. So were CNN and The Miami Herald. And so was the local affiliate for CBS News, the organization with which I have been happily affiliated for 17 years. Executives at each of these organizations evidently felt it was worth the time and the money to try to gain access to the Bieber videos and, in so doing, reassert the principle that transparency is vital, especially when it comes to our criminal justice systems.

I get the interest in the videos, even though I don’t care about Justin Bieber, and yet I also appreciate more than most that there are certain constitutional rights to which he is entitled, like the right to a fair trial, that might be jeopardized by the ceaseless public viewing of the video. The judge in Florida will have to balance out the interests of the media, with the interests of prosecutors and the interests of Team Bieber, to determine whether and to what extent these videos should be released prior to trial. This balancing happens all the time in our nation’s courts—whenever there is some measure of public interest in a criminal case.

What I don’t get, however, is any non-cynical justification for why these media organizations would be so aggressive on the Bieber front and yet so consistently passive in asserting their first amendment rights in an area of the law that is indisputably more significant than the shape of Justin Bieber’s penis (no, really, that topic came up in court on Thursday). To my knowledge, not a single national news organization has filed a single motion recently seeking to dissolve or at least diminish the great cloud of secrecy that has sprung up over the past few months over lethal injections in America. (Jennifer Moreno, staff attorney with the Berkeley Law Death Penalty Clinic, sent me Thursday this helpful guide to all these dubious statutes).

No earnest media attorney, as near as I can tell, has gone to court in the past few months on behalf of a client to make the legitimate argument that the first amendment prohibits states from hiding critical information about the death penalty from the public, the media, or even from the condemned themselves. This is so even though the balancing test here is far less tricky than it is in L’Affaire Bieber. There are no fair trial concerns. Instead, on the one hand, there is a government interest in shielding from public scrutiny pharmacies that produce lethal drugs. And, on the other hand, there is the interest of the condemned in knowing what will be used to kill him and the interests of everyone else in knowing that a state is complying with its constitutional obligations.

This is an area of the law that is rapidly changing—against first amendment interests. In Georgia, for example, lawmakers last summer passed a secrecy law so broad that it precludes even the state’s own judiciary from having access to information about lethal injection drugs. It was immediately challenged by a death row inmate named Warren Lee Hill—who promptly got a trial judge to enjoin its enforcement—but no media organization that was asked to get involved in the litigation (and some were) chose to do so. The death penalty in America already suffers in many critical respects from a lack of transparency and accountability on the part of government officials. The Georgia lethal injection secrecy law surely would make that troubling problem worse. It thus is inexplicable that it has generated no response even from those media organizations that still dutifully cover executions.

The same is true today of Missouri’s extraordinary efforts to keep secret key information about the drugs it intends to use in executions. The ACLU last fall filed two lawsuits making the argument for more transparency and calling out state officials for refusing to disclose information that litigants, lawyers and judges need to evaluate the constitutional rights of inmates. Here is the link to one of the ACLU’s complaint—the story it tells is compelling and so is the quote listed on the landing page: “Since the 1950s, the ACLU has maintained a policy that is opposed to government censorship of unclassified information,” said Jeffrey A. Mittman, the ACLU-MO’s executive director. “The government’s trend toward unwarranted secrecy that conceals practices of doubtful constitutionality needs to stop.”

The other lawsuit by the ACLU in Missouri is even more directly on point. Here is the open-records request. And here is the key quote from the landing page in Abdullah v. Missouri Department of Corrections:

There is serious doubt that the Missouri Department of Corrections lawfully or ethically possesses the drug it plans to use to end a life later this month,” said Jeffrey A. Mittman, executive director of the ACLU of Missouri. “The public has a right to know the details of how the state came into possession of this highly controlled drug. Propofol’s makers have gone to great lengths to ensure their drug is not used for executions, so the DOC’s plan to do so may jeopardize the U.S. supply of the drug, which is widely used as a safe and effective anesthetic.”

But yet, despite all this, no media organizations have pursued the matter in Missouri. What is the Missouri Press Association waiting for? What is the Associated Press waiting for? I don’t know whether these litigation efforts ultimately would prevail in generating more transparency in capital punishment but that’s not the point. The point is that no news organizations are even trying.  That’s just plain wrong. It is, in fact, conduct unbecoming those organizations and individuals who proclaim that they cherish the broadest possible free press rights. When are those rights more vital, and more worth defending, than when the government seeks to execute someone in the name of the state—and seeks to do so in darkness?