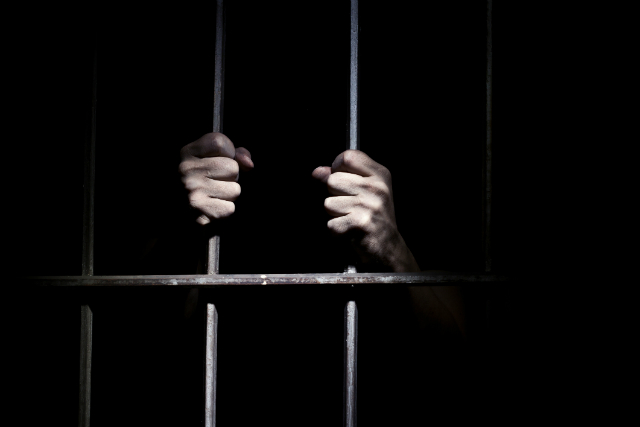 Lawmakers in states that still impose the death penalty always have a choice to make when they introduce legislation that impacts capital cases. They can acknowledge the many flaws within their state’s death penalty system, understand why those flaws exist, and then work with stakeholders in the regime of capital punishment to fix the problems that exist. That would mean laws, for example, that require prosecutors to do a better job of sharing exculpatory evidence, make DNA testing more widely and more quickly available, and adequately fund indigent defense work.

Or, those same lawmakers could ignore the flaws that delay capital cases by making them inaccurate and press ahead instead with legislation that speeds up their resolution without regard to the accuracy of the result in any particular case. This legislation would infringe upon core judicial functions by forcing judges to accept filing deadlines that may not be “in the interests of justice” or that otherwise may violate the constitutional rights of capital defendants. All in the name of expediting a process that is delayed by the very substantive flaws the lawmakers have chosen to ignore.

This year, regrettably, lawmakers in at least two death penalty states — Tennessee and Alabama — have chosen to speed up capital cases instead of fixing the problems that slow down capital cases. The bill in Tennessee, styled SB 2322, was just introduced last week and has not been debated yet on the floor of the state house. But the measure in Alabama, with the Orwellian title “The Fair Justice Act,” already has passed through committees of both houses in Montgomery. And there is no reason to think that the GOP-dominated legislature, or the state’s Republican governor, won’t endorse and enact the bill. Instead of slowing down at the potholes in capital cases these folks want to speed up.

The damage these measures would create is immense — literally a matter of life or death—and not speculative. In Alabama, defense attorneys and journalists already have identified at least five capital cases in which the new rules would make a difference. In just the past seven years, five condemned men there received new trials by invoking a process the new Alabama measure would seek to restrain. In two of those cases, judges found that prosecutors had withheld evidence. In one case, there was a valid claim of ineffective assistance of counsel. Jury misconduct was involved in two other cases.

These injustices might not have been brought to light if the new Alabama rules were in place limiting the time available to seek the relief the men sought. The five men given a second chance for due process and a fair trial would either have been executed, because their appellate rights would have expired, or would have had to rely upon some sympathetic federal court for relief. But federal judges, thanks to a Clinton-era federal law (with another Orwellian title) sharply limiting the appellate rights of capital defendants, routinely reject even the most meritorious appeals on the most technical grounds. Bryan Stevenson, of the Equal Justice Initiative, based in Alabama, offers this trenchant perspective:

Alabama had the highest rate of executions between 2009 through 2011. We also have the highest death sentencing rate in the country but still do nothing to provide lawyers to condemned prisoners. There are no state-funded programs or agencies to provide legal assistance to the nearly 200 people on death row. A judge can appoint a lawyer to represent a death row prisoner but Alabama law limits the amount of money that can be paid to that lawyer to $1500 a case. No “streamlining” measure can make death penalty appeals more efficient until the serious problem of counsel is addressed. We have people in Alabama literally "dying for legal assistance, that’s the crisis the state should be addressing.

In some ways the proposed Tennessee measure is worse. In addition to restricting deadlines in capital cases, as Alabama is contemplating, the Tennessee bill seeks to penalize defense attorneys — to require them to pay fines — if they represent capital defendants but later are deemed to have provided “ineffective assistance of counsel.” The intent is to dissuade bad lawyers from getting involved in capital cases but the effect will be to make it even harder for indigent capital defendants to get represented in court by competent attorneys who have both the time and the resources to give condemned prisoners a defense to which the Constitution entitles them.

Speaking of perverse incentives, stop for a moment and think about what these measures would mean in real life. Prosecutors who hide evidence — a constitutional violation the courts don’t enforce nearly often enough—would know they would simply have to run out the clock with the new deadlines to forever hide the impact of their misconduct. The same is true of witnesses who provide false or inaccurate testimony at trial or of jurors who violate their oaths. Ironic, isn’t it, that the folks who want to speed up capital deadlines are the exact same folks who don’t want to speed up the testing of DNA evidence that might exonerate a defendant.

Another state that perennially seeks to fiddle with its capital procedures, another state where indigent defendants are routinely left without adequate counsel, is Florida. In 2000, lawmakers sought to expedite capital appeals — and were blunted by a ruling by the state supreme court. Last year, invigorated, Florida lawmakers sought to strip power from the state’s judiciary to formulate procedural rules in capital cases. The measure didn’t pass, Bill Raftery of the indispensible Gavel to Gavel website told me Wednesday, but it wasn’t for a lack of effort. Florida is likely to try again — and again be blocked by the courts from violating the constitutional rights of its capital defendants.

Two things are happening here and neither of them speaks well of the lawmakers endorsing these measures. Either they don’t understand that delays in capital cases stem from substantive problems that occur at or before trial, in which case they are plainly ignorant about the topic about which they are legislating, or they do understand the cause-and-effect here and don’t care to fix it, in which case they are abdicating their legislative responsibility to promote sound public policy. There is plenty about the death penalty that is broken in Alabama and Tennessee (and everywhere else). But speeding past these broken parts is simply no solution at all.