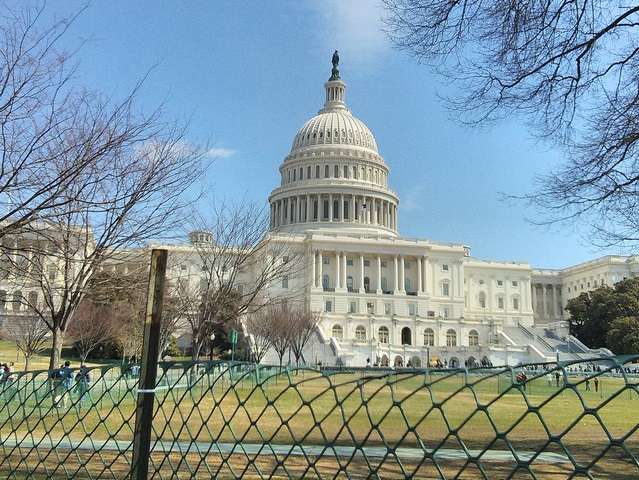 Seems to me there are two ways in which laws usually get passed in Congress. In the first scenario, lawmakers rush to enact legislation because there is enormous public pressure for them to do so. When this occurs, the rush to pass legislation is more like a stampede and even the most vital and complicated legislation gets endorsed before most lawmakers have even read it much less digested its significance. Perhaps the best recent example of this phenomenon is the USA Patriot Act, the sweeping authorization of surveillance power, enacted without substantive debate just 45 days after the terror attacks of September 11, 2001.

The second way in which federal laws are enacted is that worthy, important legislation is left to ripen on Capitol Hill long after it should be passed. In this scenario, lawmakers delay passage of needed laws because they feel no great public pressure to do so and by the time they get around to it the problem is much worse than it might have been. The examples of this phenomenon are too numerous to cite, unfortunately, which no doubt accounts for the popularity of Congress today. But let me focus here on pending legislation now before Congress that has to do with sentencing reform.

There is today no valid political, legal, moral, or practical reason for Congress not to enact the Smarter Sentencing Act, a bipartisan piece of legislation that chips away at the nation’s grossly expensive prison budget. The Senate Judiciary Committee endorsed the measure by a vote of 13–5 in January. This bill has the support of Republicans like Ted Cruz and Rand Paul and Mike Lee. It has the support of Democrats like Richard Durbin and Sheldon Whitehouse and Patrick Leahy. The U.S. Sentencing Commission is on board, as much as it can be, and so are the White House and Justice Department and so, importantly, are a growing number of victims rights groups.

And yet this measure is stuck, betwixt and between, with time running out on a session soon to be even more dominated by the run-up to the mid-term elections. This is senseless, this delay without a cause, for each day this measure is not the law of this land you and I are being forced to pay for federal inmates who should not be in prison or even on their way there. And we are forced to do so despite a clear national consensus that the time to act on this has come. One could have made this very argument last week, or the week before that, but this week, drop by drop, that consensus became even more profound.

On Wednesday, for example, the National Research Council, part of the National Academies of Science, issued a long report its authors summarized this way:

Given the minimal impact of long prison sentences on crime prevention and the negative social consequences and burdensome financial costs of U.S. incarceration rates, which have more than quadrupled in the last four decades, the nation should revise current criminal justice policies to significantly reduce imprisonment rates, What did our nation’s best and brightest scholars suggest in particular? This:

A comprehensive review of data led the committee that wrote the report to conclude that the costs of the current rate of incarceration outweigh the benefits.  The committee recommended that federal and state policymakers re-examine policies requiring mandatory and long sentences, as well as take steps to improve prison conditions and to reduce unnecessary harm to the families and communities of those incarcerated.

In addition, it recommended a reconsideration of drug crime policy, given the apparently low effectiveness of a heightened enforcement strategy that resulted in a tenfold increase in the incarceration rate for drug offenses from 1980 to 2010 — twice the rate for other crimes.

And yet Congress dawdles with the Smarter Sentencing Act. Want more? Sure. The day after the NRC report was published, on Thursday, the scholars at the Hamilton Project released what they are calling a “discussion paper” which concludes, “based on recent research and the experiences of several states,” that “that there is substantial room to reduce incarceration rates in the United States without adversely impacting crime rates.” The argument for this federal legislation is stronger today than it was yesterday. And it was stronger yesterday than the day before.

At first glance, for those who track this issue closely, the results of these studies aren’t exactly news. Congress has gotten as far as it has already on sentencing reform, after all, and such reforms already are a policy of the Obama Administration, because we’ve come to realize for years now that mass incarceration doesn’t work and takes a terrible toll on communities. “Mass incarceration is one of the largest civil rights and human rights atrocities in the country,” Brennan Center Justice Program director Inimai Chettiar told me this week, and she’s right.

But studies like these, whether late or not in coming, are vitally important if for no other reason than they can serve to shame federal lawmakers into finally doing what they should have done months ago. Which lawmaker now is going to stand up and say there is no factual evidence supporting the legislation? Who now is going to say there is no consensus among experts that reform must come? So, as someone who covered the dubious passage of the Patriot Act all those years ago, here’s my bright idea. How about we rename the Smarter Sentencing Act? How about we call it the Great American Patriot Sunshine Freedom Puppies Act of 2014?

And then maybe our benighted lawmakers in Washington will trip over themselves to enact it—even if they haven’t quite read it yet.