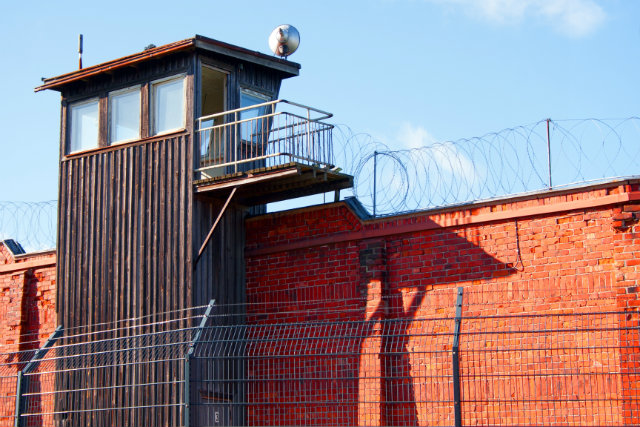 Convicted of a federal drug offense in Massachusetts in 2010, given a ten-year mandatory minimum sentence based upon a crime with which he was not charged, blown off not once but twice by the 1st U.S. Circuit Court of Appeals, Gomez this week brings his case for review before the United States Supreme Court. His timing at last could hardly be better. Tomorrow, the justices at their weekly conference in Washington will evaluate his Sixth Amendment claims. Today, Human Rights Watch is out with a devastating report exploring the nature and extent of the coercive practices that federal prosecutors employed against Gomez.

It turns out that this criminal defendant is not going to be alone in highlighting — to the Court, to the Obama Administration, to lower court judges and to anyone else who will listen — the litany of structural injustices that remain at the heart of the nation’s sentencing regime (despite all the talk lately of meaningful reform). Here is the essence of the Human Rights Watch report, which every justice ought to read before deciding what to do tomorrow about Gomez’s case:

In this report, Human Rights Watch presents cases that illustrate the unjust sentences that result from a dangerous combination of unfettered prosecutorial power and egregiously severe sentencing laws. We also present new data developed for the report that documents the extent of the “trial penalty”— the higher sentences that defendants who go to trial incur compared to what they would receive if they plead guilty. In essence, it is the price prosecutors make defendants pay for exercising their right to trial.

US constitutional jurisprudence offers scant protection from prosecutors who are willing to pressure defendants into pleading and punish those who insist on going to trial. Courts do not view defendants as unconstitutionally coerced to forego their right to a trial if they plead guilty to avoid a staggering sentence. Nor do they consider defendants to have been vindictively—that is, unconstitutionally—punished for exercising their right to trial when prosecutors make good on their threats to seek much higher mandatory penalties for them because they refused to plead. Finally, even when courts agree that prosecutors have sought egregiously long mandatory sentences for drug offenses, they will not rule the sentences so disproportionate as to be unconstitutionally cruel.

This is precisely what happened to Gomez. He was offered a plea deal but threatened with a longer sentence based upon a charge that was never brought against him by a grand jury. Worse, his trial judge accepted as true for sentencing purposes the facts behind this unindicted charge even though Gomez contested the underlying allegations made against him. The federal appeals court was no help whatsoever even after the Supreme Court this past June, in a case styled Alleyne v. United States, specifically declared that because mandatory minimum sentences increase the penalty for a crime, any fact that increases the minimum must be determined by a jury beyond a reasonable doubt.

Human Rights Watch is not alone in following the arc of this story. The Brennan Center, too, has pressed Congress to adopt legislation that would ensure more just sentencing policies and reduce mandatory sentences for some offenders. “Harsh sentencing laws can influence the administration of justice even when the laws are not explicitly used,” says Jessica Eaglin, counsel at the Brennan Center, who was speaking generally but who could have been speaking about the Gomez case itself.

The arguments made by government lawyers in the Gomez case are manifestly inconsistent with the Supreme Court’s recent precedent. And those arguments, and the evidence revealed by the Human Rights Watch report, are wholly inconsistent with the policy announcements Attorney General Eric Holder made this summer when he promised that sentencing reform would include a new way for federal prosecutors to approach mandatory minimum sentencing cases. The pending case the justices will evaluate Friday buttresses the new report—and the new report buttresses the defense arguments made by Gomez.

It would be a shame, and a missed opportunity, if the justices refused to accept this case for review. The Court has a chance to make good on its new promise in Alleyne and at the same time to force the Justice Department to be consistent; to assert in court cases like this what its leaders have been asserting in their public speeches. No man should be sentenced based upon a crime with which he was not charged and of which a jury did not find him guilty beyond a reasonable doubt. The Supreme Court has said so itself, and should say so again to benefit Gomez, and should in so doing cite this important Human Rights Watch report for the proposition that this problem is a profound and systemic one that routinely generates unconstitutional results.