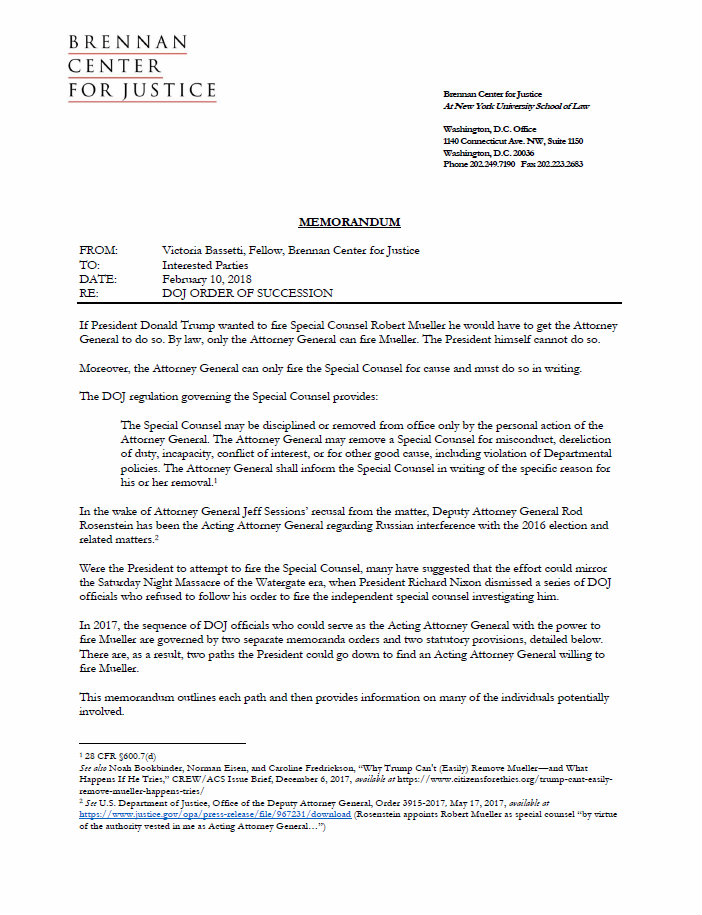 The line of succession in firing Special Counsel Mueller is governed by two separate memoranda orders and two statutory provisions. Remember that Attorney General Jeff Sessions has recused himself from the probe, so Mueller’s dismissal would have to be handled by one of Sessions’ underlings. The first choice would be Deputy Attorney General Rod Rosenstein, who has been overseeing the probe. But if Rosenstein were to refuse to dismiss the Special Counsel it would follow the department’s line of succession. However, were Sessions to be dismissed, an Acting Attorney General would be appointed, and a different path followed. This memorandum explores both tracks and offers some information on the officials involved.
Download PDF