Seven years ago today, the Supreme Court gutted the most powerful provision in the Voting Rights Act of 1965, undermining a law regarded as the most effective piece of civil rights legislation in American history.

In Shelby County v. Holder, a 5–4 majority mothballed the law’s Section 5, which required states with a history of racial discrimination in voting to get certification in advance, or “pre-clearance,” that any election change they wanted to make would not be discriminatory. The Supreme Court did this by holding that the formula used to determine which states and localities had to follow the Section 5 protocols was out of date.

For nearly 50 years, Section 5 had assured that voting changes in several states — including Alabama, Alaska, Arizona, Georgia, Louisiana, Mississippi, South Carolina, Texas, and Virginia — were transparent, vetted, and fair to all voters regardless of race.

Prior to Shelby, Brennan Center warned that without the protections provided by Section 5, states might seek to reinstate or push a wave of discriminatory voting measures that were previously blocked or deterred by the law, threatening the rights of minority voters across the country to cast a ballot.

Unfortunately, that’s exactly what has happened.

Within 24 hours of the Shelby ruling, Texas announced that it would implement a strict photo-ID law. In the years since, Brennan Center has consistently found that states previously covered by the preclearance requirement have engaged in significant efforts to disenfranchise voters. Our 2018 report, to cite one example, concluded that previously covered states have increased the purging of voters after Shelby when the purge rates in non-Shelby states stayed the same.

Just this month, voters — including many voters of color — faced faulty voting machines, long lines, and extended wait times to cast their ballots in Georgia, one of the states previously subject to preclearance requirement. If Section 5 were still in effect, the state, which has closed hundreds of polling places since Shelby, would have been required to clear its voting changes before enacting them.

Chief Justice John Roberts, in his Shelby opinion, asserted that the Section 5 requirements were no longer necessary, that times had changed since 1965. “The conditions that originally justified these measures no longer characterize voting in the covered jurisdictions,” he wrote.

That those conditions — conditions of racial discrimination and injustice — persist in voting and other American institutions is clearer than ever, both from the plain evidence of Black voters braving hours-long waits in this year’s primaries to the demands for racial justice rising from the streets all over the country.

Seven years after the disastrous Shelby decision, it’s critically important that we restore and revitalize the Voting Rights Act and make good on the promise of the 15th Amendment — that no citizen be denied the right to vote based on race. 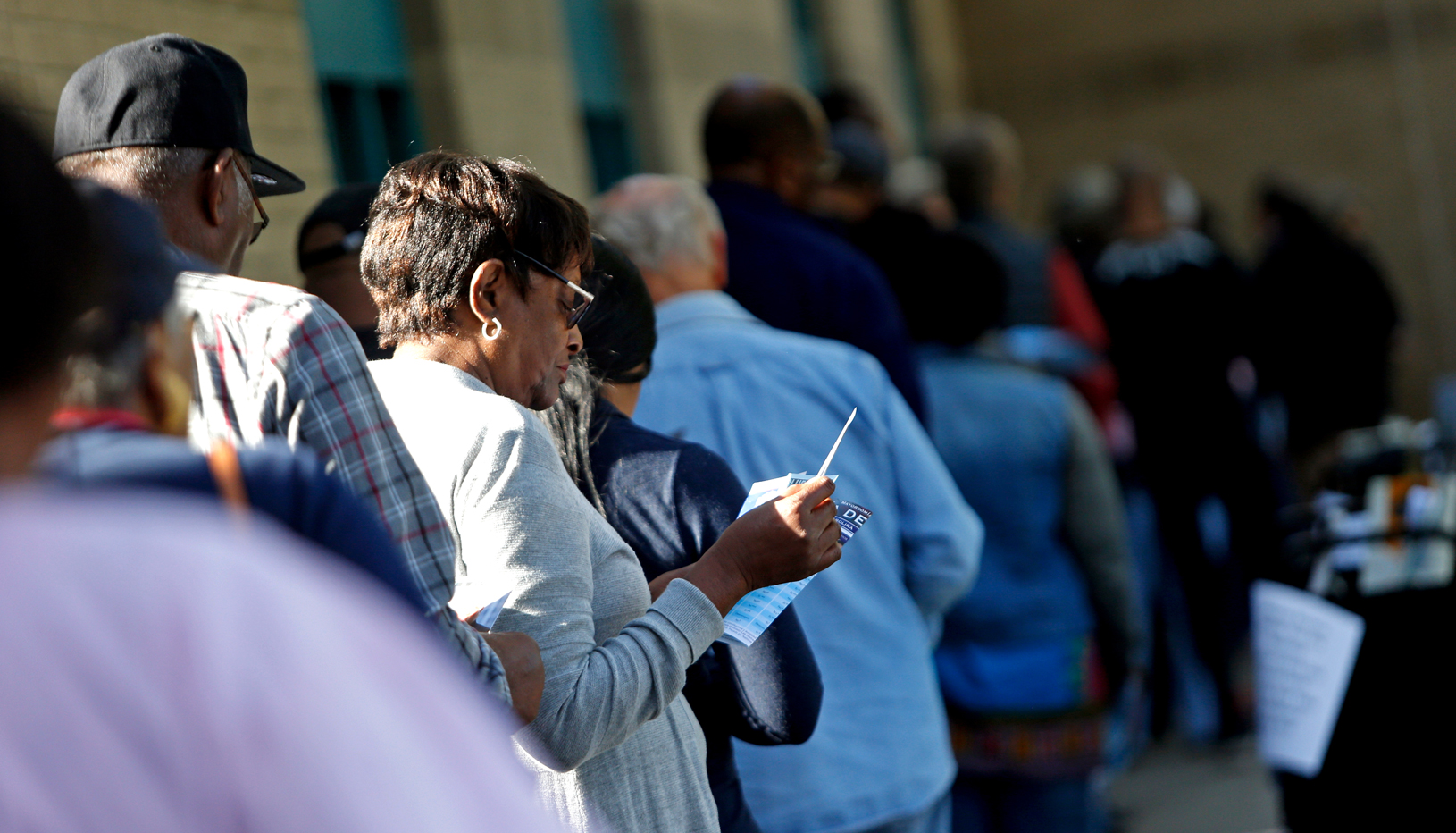 Long waits at polling places are disruptive, disenfranchising, and all too common. Black and Latino voters are especially likely to endure them.