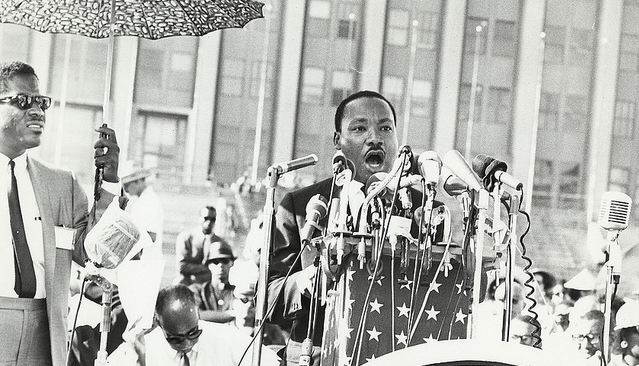 Today, we celebrate Martin Luther King, Jr., as a hero, but 50 years ago, the FBI viewed him as an enemy. Agents bugged his hotel rooms and used the resulting evidence of his affairs to attempt to drive him to suicide. When these and other intelligence abuses came to light, the United States adopted laws and policies barring the collection of personal information about Americans without a basis to suspect wrongdoing.

Since 9/11, those rules have been weakened, discarded or ignored. There is no better example than the NSA’s bulk collection of Americans’ phone records, which sweeps in information about millions of admittedly innocent Americans. President Obama’s announcement today that he will end the program “as it currently exists” was thus a welcome one. But the crucial question remains: what will replace it?

The threats to privacy and civil liberties are profound. After its disclosure, officials tried to portray the records at issue as “mere telephone numbers.” This narrative crumbled as experts explained how computer programs could mine the data to identify associations, political beliefs, and intimate personal facts. This is exactly the type of information intelligence agencies used in past decades to harass and persecute ideological opponents like Dr. King.

By order of the Foreign Intelligence Surveillance Court (“FISA Court”), the NSA may not examine the records it collects unless it reasonably suspects a terrorist link. But that system necessarily relies on self-policing. In the words of the five-member panel appointed by the president to review surveillance practices, “Americans must never make the mistake of wholly 'trusting’ our public officials.”

There is no proven benefit outweighing the risk of abuse. After examining classified evidence, the president’s panel determined that the information contributed by the program had not prevented any terrorist plots, and “could readily have been obtained” using less intrusive methods. It accordingly recommended that the records remain with the phone companies, which keep them for at least 18 months in the regular course of business. In cases where NSA officials could demonstrate to the FISA Court a legitimate basis for searching the records, they could obtain an order requiring the phone companies to perform the search and turn over the results.

The plan the president announced today embraces two key features of this recommendation. First, the NSA will perform searches of the database only after a “judicial finding.” Second, the president directed the intelligence agencies and the attorney general to “develop options” within the next 60 days for moving the telephone records out of the government’s hands, while preserving its ability to make us of the data. The NSA itself would no longer be engaged in “bulk collection.”

Still, much remains murky – or unanswered – about the new regime. It is critical, for instance, to know what type of “judicial finding” will be required. Will judges have the ability to probe the NSA’s assertion that a search is justified? Or will they simply be reviewing a certification to ensure that the appropriate boxes have been checked?

It also matters greatly where the data ultimately resides, and under what rules. The president suggested three options. First, the telephone companies could continue to hold the records as they do now, and the government would seek technological solutions to the problem of quickly correlating data across companies. Such an arrangement would go a long way toward curbing unnecessary intrusions into law-abiding citizens’ data.

Not so for the other two options the president outlined: requiring telephone companies to alter their data retention practices to facilitate NSA access, and housing the data with a third party contractor. Both options would establish a dangerous precedent of allowing the government to launder its surveillance activities through private parties that are not subject to the same legal or political constraints as the government.

Assigning custody to a third party would provide particularly weak privacy protection. The government must answer to the people. Telephone companies must answer to their customers. An entity contracting with the government to hold the records would have only one paying customer for this database: the NSA. The contractor’s sole incentives would be to make its client happy and to keep the program going.

The president has opened the door to meaningful reform, but he must still step through it. Today he told Americans that “we should not shy away from high expectations.” He should hold himself to those words and reaffirm the principle, honored in the breach since 9/11, that law-abiding citizens in a democracy have a right to be free from government surveillance.