Last week, the Ninth Circuit held that a tweet by U.S. District Judge William Shubb does not warrant his recusal, writes Ross Todd for The Recorder. The defendant in a multi-million-dollar forest fire suit, Sierra Pacific, requested Judge Shubb’s retroactive recusal after a Twitter account allegedly belonging to him followed the Twitter account of the U.S. Attorney’s office handling the case and tweeted a link to a news article about the case. In their opinion, the Ninth Circuit held that the judge’s actions did not “create a basis for recusal… [nor] constitute improper ex parte communications” but did note that “identifying oneself as a ‘fan’ of an organization’…may create the appearance of impropriety.” U.S. District Judge Jeremy Fogel, who directs the Federal Judicial Center, said he instructs his fellow judges, “if you start tweeting it’s not only what you say, it’s how people respond to what you say.” 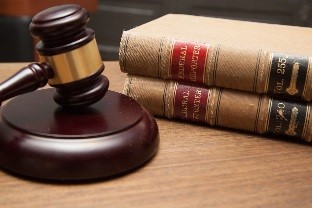 This week, the Institute for the Advancement of the American Legal System (IAALS) released a report detailing recommendations for judicial recusal procedures. The report, Judicial Recusal Procedures: A Report on the IAALS Convening, is based on a dialogue with judges, lawyers, court administrators and academics, and offers “recommendations for a recusal process that ensures transparency, fairness, and timeliness.” In the press release announcing the report, Malia Reddick, co-author of the report and Manager of IAALS’ Quality Judges Initiative, said: “It is essential that people have trust in their judges and that rulings are not clouded by any perception of bias.” Russell Wheeler, co-author of the report and President of the Governance Institute and a Visiting Fellow at The Brookings Institution, said: “As more money flows into judicial elections, and rules governing judicial campaign speech are relaxed, there is an increased need for states to embrace rigorous recusal procedures that deal with conflict-of-interest concerns, among other things.”

This week, 27 national LGBT organizations wrote the Senate to oppose the confirmation of two of President Donald Trump’s judicial nominees — John K. Bush, a nominee to the U.S. Court of Appeals, and Damien Schiff, a nominee to the U.S. Court of Federal Claims — writes Jennifer Bendery for  HuffPost. The groups’ letter argues Bush and Schiff have demonstrated “contempt for the rights of LGBT Americans, people living with HIV, women, and other vulnerable populations.” In its press release, Lambda Legal cites “homophobic epithets and other anti-LGBT and misogynistic remarks made by nominees,”  along with past writings which the letter argues illustrate the nominees’ “views on civil rights issues are fundamentally at odds with the notion that LGBT people are entitled to equality, liberty, justice and dignity under the law.” 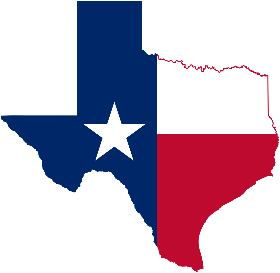 Last month, the Texas Supreme Court unanimously overturned a lower court ruling providing benefits to the spouses of gay or lesbian public employees, contradicting its own prior ruling, writes Emma Kromm for Facing South. Noah Feldman, a legal scholar, wrote in January that the best explanation for the court agreeing to reconsider the case “is that the Texas court of elected justices is sensing the mood of the state — and maybe the country.” He continued that the court may be “anticipating that a Supreme Court with at least two Trump nominees could reverse Obergefell.” Kromm notes that “Texas is one of only eight states to elect supreme court justices in partisan elections,” and links the June decision to the pressure party primaries put on those justices. Kromm points to one brief filed on behalf of Texas state legislators and conservative leaders which warned that “[j]udicial candidates, especially those in a party primary, campaign on the issues…[t]hey give their opinions on the political concerns of the day and pledge allegiance to their party platform,” and that “elections have consequences.”