Recent elections have featured hard-hitting attack ads. One particularly controversial ad aired by Justice Mike Gableman in his 2008 campaign attacked incumbent Justice Louis Butler for allegedly coddling criminals. Numerous misleading statements in the advertisement led to ethics charges against Gableman, though the proceeding ended inconclusively in 2010 when the remaining members of the Supreme Court deadlocked on whether to sanction Gableman.

In the wake of substantial negative press and concerns about the increasing influence of politics and special interest money in judicial elections, the state legislature passed Wisconsin’s public financing law in 2009. 2011 was the state’s first high court election with public financing.

The 2011 election kicked off with four candidates competing in a February 15th primary.  Three of the four candidates – incumbent David Prosser and challengers Joel Winnig and JoAnne Kloppenburg – opted into the public funding program, which provided $100,000 to each candidate for the primary campaign. The fourth candidate, Marla Stephens, did not seek public financing.

Both publicly funded challengers ran TV ads during the primary campaign; the privately financed candidate, Stephens, did not buy any TV airtime.  Incumbent David Prosser benefitted from more than $400,000 in ad purchases by the conservative group Wisconsin Club for Growth.

Through the primary election, more than half a million dollars – $591,000 – was spent overall on TV air time.  Club for Growth, spending approximately $408,000, accounted for about 69 percent of all television advertising in the primary.  It spent more than twice as much for ads supporting Prosser than was spent on TV by the incumbent’s challengers combined.  Club for Growth didn’t only ring up a higher total than the challengers, it paid more per advertisement. Club for Growth paid an average of about $400 for each of its ads, while Winnig paid less than $200 per ad, and Kloppenburg less than $150 per ad—indicating that Club for Growth’s ads were disproportionately placed in larger markets or during programming with larger audiences than the ads placed by Prosser’s challengers.

Prosser handily won the primary, and Kloppenburg placed second.  The two candidates went on to face off in the April 5th general election.  Both received a base grant of $300,000 in public funds for the general election campaign.

Following the primary, many observers assumed Prosser would easily coast to victory in the general election, but outside political events transformed the race into a heated, highly competitive contest.  Governor Scott Walker’s push to change the state’s collective bargaining provisions, a move that sparked weeks of protests at the state Capitol, energized the Supreme Court election. Since the protests, interest in the race soared as liberal-leaning organizations attacked Prosser as a “rubber stamp” for Walker, and business groups warned that a Kloppenburg victory could endanger Walker’s legislative accomplishments if and when the Supreme Court ruled on challenges to the legislation.  Special interest groups on both sides poured money into TV ad buys through Election Day. Special interest groups spent just under $3.6 million on television ads, while overall spending in the state reached nearly $5 million.

An advertisement by the Wisconsin Tea Party Express says respected legal experts agree that Justice Prosser is a great judge.

An advertisement by the Wisconsin Tea Party Express says respected legal experts agree that Justice Prosser is a great judge.

An advertisement by the Greater Wisconsin Committee says Justice David Prosser used a sexist slur toward his colleague.

An advertisement by Citizens for a Stronger America says JoAnne Kloppenberg refused to stop misleading ads aired by her allies.

An advertisement by the Wisconsin Glub for Growth states that Prosser guards children against crime.

An advertisement by the Greater Wisconsin Committee claims that Prosser voted to restrict collective bargaining rights.

An advertisement by Citizens for a Stronger America attacks Kloppenburg for her lack of courtroom experience.

An advertisement by Prosser’s campaign says that Prosser votes to protect law enforcement.* 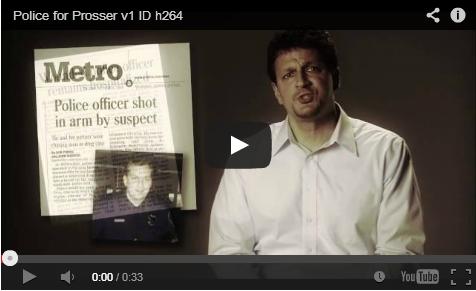 An advertisement by Prosser’s campaign says the advertisement attacking Prosser for a 30 year old sexual assault case is “sleazy and full of lies.”* 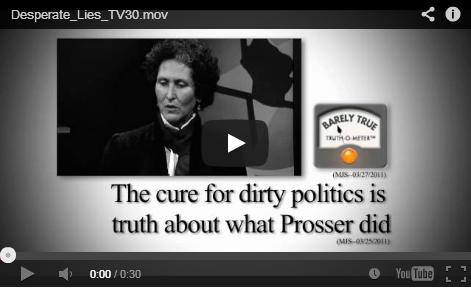 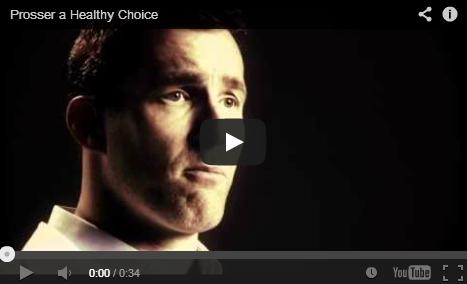 JoAnne Kloppenburg says that as a Supreme Court Justice she will ensure that “justice is blind.”

An advertisement by the Greater Wisconsin Committee claims that Prosser refuses to prosecute a priest for sexual abuse.

An advertisement by the Greater Wisconsin Committee claims Justice Prosser is a rubber stamp for Governor Scott Walker.

A Youtube advertisement by David Prosser’s campaign touts his experience.* 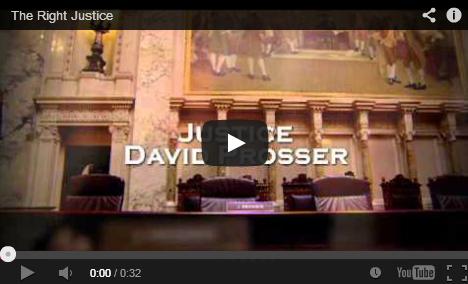 An advertisement by Joel Winnig’s campaign states he represents independence, integrity and justice.

An advertisement by Joel Winnig’s campaign states he is the independent candidate who will restore integrity to the Wisconsin Supreme Court.

An advertisement by the Wisconsin Club for Growth states that Prosser is tough on crime.

In a JoAnne Kloppenburg advertisement, citizen’s describe her as independent and tough.

All data on ad airings and spending on ads are calculated and prepared by Kantar Media/CMAG, which captures satellite data in the nation’s largest media markets. CMAG’s estimates do not reflect ad agency commissions or the costs of producing advertisements, nor do they reflect the cost of ad buys on local cable channels. Cost estimates are revised by Kantar Media/CMAG when it receives updated data, resulting in some fluctuations in the reported ad spending.