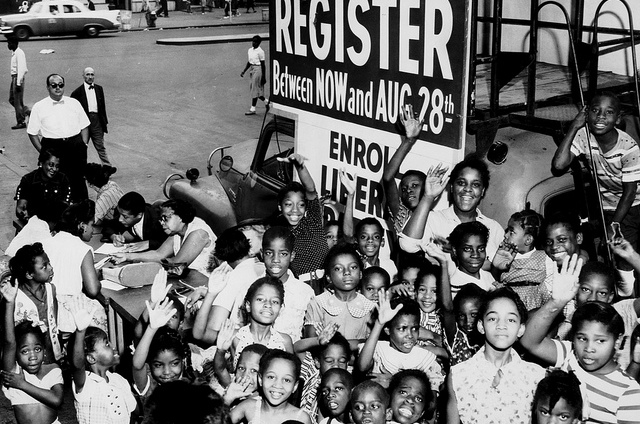 The Voting Rights Act, one of the cornerstone laws passed during the 1960s in an effort to advance equality for African Americans and other minorities, lost some of its power yesterday. The Supreme Court declared as unconstitutional the formula used to determine which states and localities are covered by the Act. What this means: Jurisdictions that were formerly required to gain federal approval for election law changes because of a history of voting discrimination will no longer be required to do so, at least for now. Why? Because the Court determined the formula identifying which states had the most egregious history of voting discrimination, and therefore required such oversight, was problematic.

The Court did not, however, determine that the very cancer the formula and its ancillary protections were meant to address were no more. On the contrary, the Court declared that the issue of discrimination in voting still exists but sought fit, regardless, to remove one of the biggest shields in our legal arsenal to protect voters against such discrimination.

Days like this, when a core tenet of our democracy is literally stripped away by the stroke of a jurist’s pen, reinforce why, despite years of legal progress and increased protections for the underrepresented, the fight for racial equality still persists. The protections afforded by the Voting Rights Act are not outdated and applicable only to circumstances that existed 40 years ago. Rather, the Voting Rights Act, in all its glory, actively offered protection to voters as recently as 2012 when numerous states attempted to enact laws that, in effect, would have discriminated against millions of minority voters, the poor and the elderly. It was the existence of the Voting Rights Act that reassured countless voters that despite the efforts of some politicians to make it harder for them to take part in our democracy, the protections afforded by the Act remained intact and continued to offer the promise of equality.

It is that belief that has been shaken by yesterday’s ruling. African Americans and other minorities, despite our tumultuous early history in this country, continue to believe in the promise of America because of guarantees for fair and equal treatment under the law. That promise was reinforced by laws such as the Voting Rights Act.

We all have a stake in this democracy and in promises being kept. When Americans can no longer depend on our laws and courts to offer protection against disparate treatment and inequality, we are all the more burdened by the loss. We can only hope as a nation to reach true racial equality when each of us can depend upon the promise to live in a just society where opportunities are equal. Yesterday, the Supreme Court, made that much harder to do — not just for African Americans and other minorities, but for all of us.