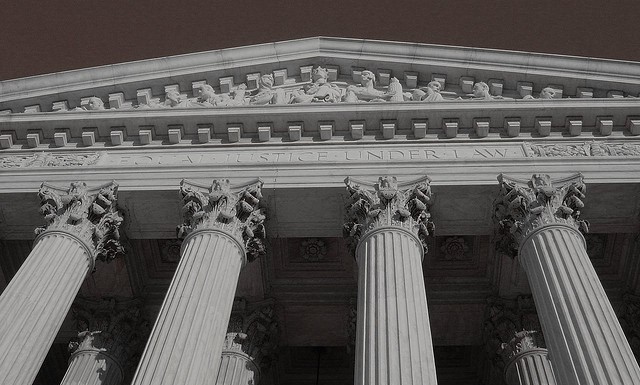 Crossposted at ACSblog
The nation will be paying close attention to the Supreme Court’s review of the University of Texas’s admissions policies when it hears oral argument in Fisher v. University of Texas at Austin (UT) on October 10.  Most of the conversation will focus, as it should, on what the Court has to say about race, education and opportunity in the twenty-first century.  But Fisher is also important for what it will teach us about the Roberts Court’s faith in the rule of law and the principle of stare decisis (or the binding effect of past precedent).

UT’s admissions program considers the race of its applicants, but only alongside a variety of factors (including class, family history, work experience and individual talents) that shape a student’s identity and potential.  As Joshua Civin explained well in this blog, the alternative so-called “race-neutral” approach would actually demean students’ individuality, by forcing them to censor references to race and culture out of their college applications.

It is well established that UT’s admissions policies are good for our multi-racial democracy, and wholly consistent with the Constitution’s equal protection clause.  That is not just the opinion of over 70 amici briefs siding with the university.  It is also the view of the Supreme Court, which addressed these exact issues less than a decade ago in Grutter v. Bollinger.

In Grutter, the Court upheld the University of Michigan Law School’s similarly holistic admissions policy.  Justice O’Connor’s opinion enthusiastically affirmed principles first announced by Justice Powell in Regents of Univ. of Cal. v. Bakke (1978).  She explained the importance of diversity for giving all students the best education possible, and for training a diverse set of leaders for America’s future.

UT has followed these instructions to the letter.  The Fifth Circuit found exactly that when upholding the constitutionality of its admissions program.  As my colleague Sidney Rosdeitcher points out, in a thorough review of the facts and law of this case, “it would be an assault on the principles underlying stare decisis” for the Supreme Court to reach beyond the issues raised in this case to overturn or limit Grutter.

Opponents of race-conscious admissions will object that Grutter forecast its own demise.  They will cite Justice O’Connor’s observation that Grutter arrived 25 years after Bakke, and her hope that “25 years from now, the use of racial preferences will no longer be necessary to further” educational diversity.  And they will argue that race-conscious measures are no longer needed because UT’s race-neutral admissions policy (which automatically admits the top ten percent of each high school class in the state, and accounts for the large majority of students admitted to UT’s flagship Austin campus) is sufficient to foster racial integration.

It remains to be seen whether America’s schools will be fully integrated by 2028.  But they aren’t today. UT has shown that too many of its classrooms remain racially segregated.  It has proven that race-conscious admissions measures are needed to promote diversity and excellence in its programs.  Moreover, UT is only able to achieve a measure of diversity through its “top ten percent” policy because Texas high schools remain profoundly segregated by race and class.  Our nation continues to make great strides in promoting individual opportunity.  But racial disparities in education – as in so many walks of life – persist.  There is no evidence for the Supreme Court to decide that Justice O’Connor’s vision of an integrated nation has been realized.

Nothing has changed since Grutter was decided – other than the composition of the Supreme Court.  That is why this case is so important the legitimacy of this Court and the rule of law. At a moment when cases like Bush v. Gore and Citizens United v. FEC have brought public opinion of the Court to an all-time low, a decision rejecting Grutter (implicitly or explicitly) could reinforce fears that the Roberts Court is blithely ignoring the stability of past judicial decisions in favor of its own agenda.

A ruling against UT would also contradict Chief Justice Roberts’ important acknowledgment, in last term’s blockbuster health care decision, that the job of the Supreme Court is not to make policy judgments; it is to decide whether a policy violates the Constitution.  The Court has already made clear the state’s interest in promoting diversity and equality of opportunity.  It has already ruled that the Constitution permits a careful individualized admissions program, such as the one used by the University of Texas.  The Court should keep faith with its own precedent and principles when it rules on Fisher.