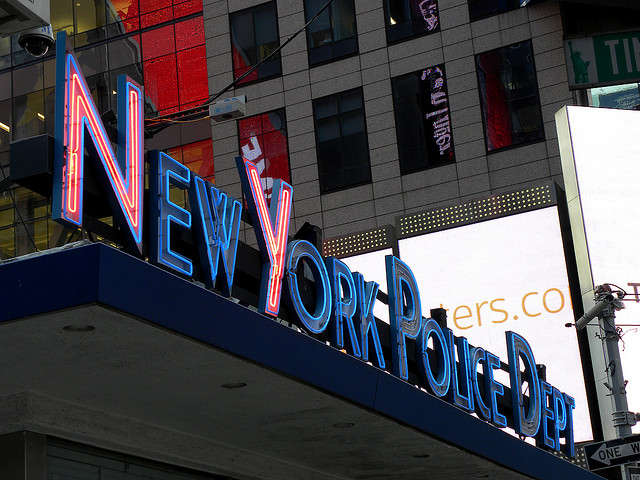 There is much to celebrate about in a new, landmark ruling against the New York City Police Department. A federal judge found that the department’s infamous “stop-and-frisk” program constitutes discriminatory and unconstitutional racial profiling, ordered the NYPD to make reforms, and appointed an independent monitor to oversee the process. But the implications of the decision may go well beyond stop-and-frisk. It is likely to have serious ramifications for the NYPD’s ongoing Muslim surveillance program, now the subject of three federal suits.

While a decision on stop-and-frisk might seem like it has little to do with Muslim surveillance, both NYPD programs share the same fundamental flaw. Each relies on unconstitutional profiling – one racial, the other religious. Both have profoundly disrupted the lives of minority communities in the city. And they have eroded public trust in the nation’s largest police department, a critical factor in fighting crime and preventing terrorism.

Under the NYPD’s Muslim surveillance program, officers conducted widespread surveillance of 28 Muslim “ancestries of interest” and monitored so-called “hot spots” in Muslim neighborhoods, including houses of worship, religious schools, and community centers. Informants and undercover agents infiltrated mosques to monitor what was being said, regardless of whether there was even a hint of criminal activity.

The NYPD has stoutly defended both programs with variations on the same bias-based argument. In the case of stop-and-frisk, the department testified that it disproportionately stops black and Hispanic youth because it is consistent with the racial composition of crime suspects. And when it comes to Muslim surveillance, the NYPD told a federal court that its surveillance of Muslim New Yorkers is justified because the “majority of recent terror plots have either been carried out or planned by Islamists who have been radicalized to violence.”

U.S.District Court Judge Shira A. Scheindlin heard and rejected the racial version of the NYPD’s argument in the stop-and-frisk case. In her 200-plus page written opinion, Scheindlin shredded the NYPD’s defense, finding “no basis for assuming that the racial distribution of stopped pedestrians will resemble the racial distribution of the local criminal population.” That is because, it turns out, the vast majority of people stopped were law abiding.  Nearly 90% of the stops never resulted in even a misdemeanor ticket, much less an arrest.

Consequently, Scheindlin found “no support for the city’s position that crime suspect data provides a reliable proxy for the pool of people exhibiting suspicious behavior.”

The NYPD offered a second rationale for the disparity: that black and Hispanic youth are simply more likely to engage in “suspicious behavior” than whites. Scheindlin made short shrift of this contention as well, concluding that this characterization is not so much a defense against racial profiling, but “a defense of racial profiling.”

The NYPD sings a similar tune when it comes to Muslim surveillance. But, like stop-and-frisk, there is no evidence that this dragnet has actually prevented terrorism or made New Yorkers any safer. In one of the three ongoing lawsuits, the NYPD testified that none of the information it collected and maintained on local Muslim communities was sufficient to even launch an investigation of a potential terrorist threat.

Judge Scheindlin found that the NYPD’s defense of its stop-and-frisk program was actually no defense at all. Instead, she wrote that the NYPD’s logic was “effectively an admission” that racial bias was the only explanation for the NYPD’s disproportionate stopping of blacks and Hispanics. Swap race for religion, and it is difficult to discern how the NYPD’s justification for Muslim surveillance is any different.

Of course, it is perfectly legal for the police to stop-and-frisk someone, just as it is legal for them to collect intelligence to protect New Yorkers from terrorism. What the Constitution forbids, however, is conducting such actions solely on the basis of race or religion. Officers must have some reasonable, individualized suspicion that criminal activity may be afoot. Race and religion, by themselves, don’t count.

The stop-and-frisk ruling rightly rejected as unconstitutional the “idea of universal suspicion without individual evidence.” Rather than making unwarranted and exaggerated claims that the stop-and-frisk decision means that police won’t be able to do their jobs, the NYPD and Mayor Michael Bloomberg should recognize that obeying the Constitution is part of the job of the police. Other major cities have achieved drops in crime rates comparable to New York without such an aggressive use of discriminatory policing.