On September 25 at 3pm ET, the Brennan Center will present the findings of our recent report, State Supreme Court Diversity. Please join us! RSVP here.

Amid growing recognition of disparities in America’s justice system, this report highlights a critical but under-scrutinized problem: the lack of racial, ethnic, and gender diversity on state supreme court benches across the United States. Join the report’s authors to learn more about how racial and gender disparities in the courts undermine fair and impartial justice. 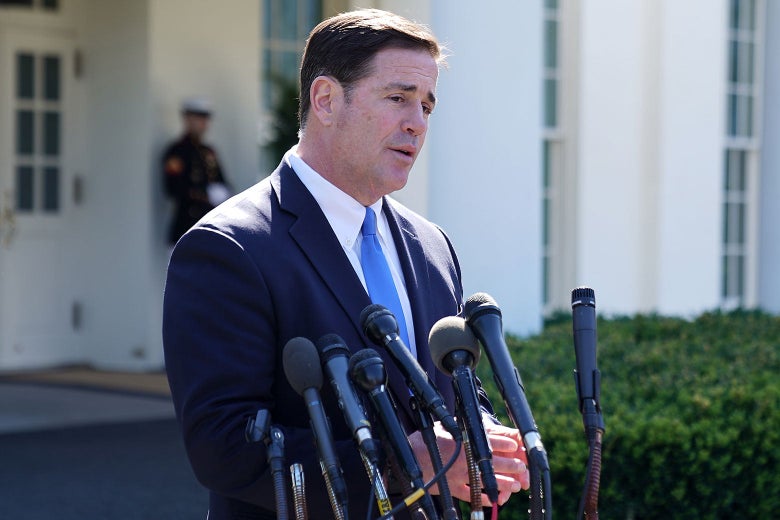 Slate details the steps Ducey has taken to pack the state supreme court and tilt the state’s nominating process in his favor. In May 2016, Ducey added two new seats to the court, expanding the bench to seven seats, and more recently “replaced several Democrats on the nominating commission with putative independents who, in reality, have deep ties to the Republican Party.” As of today, there are no Democrats on the 15-member commission, which is supposed to insulate judicial selection from political influence.This week, Arizona Governor Doug Ducey appointed Maricopa County Attorney Bill Montgomery to replace former Chief Justice W. Scott Bales on the Arizona Supreme Court. Montgomery is the subject of ethical misconduct allegations, and advocates and journalists have called attention to his promotion of islamophobia and policies against LGBTQ+ rights and criminal justice reform.

On July 10, 2019, New Hampshire’s Executive Council voted to reject Governor Chris Sununu’s nomination for Chief Justice of the New Hampshire Supreme Court, Attorney General Gordon MacDonald. The three Democrats on the Council voted against MacDonald’s nomination, and the two Republicans voted in his favor. The Democrats expressed concern that MacDonald’s lack of judicial experience and ties to conservative political leaders put the rule of law at risk, with one Council member saying, “In these times, I cannot assume the law of the land will hold.” Following the vote, Sununu said, “To have one of the most qualified and widely supported nominees in the state’s history treated in this way because of politics is reprehensible enough, but just as concerning is the damage done to our process.”

Almost two months later, New Hampshire Public Radio reports that Sununu has not “indicated his plan to fill the vacancy to lead what is now a four member court.” Republicans on the Council have asked the Governor to share more information about his selection process and “Democrats on the council say their efforts to talk to Sununu about the judicial nomination process have been rebuffed.”

The United States Court of Appeals for the Fifth Circuit ruled on August 23 that the system of fines and fees in Louisiana’s Orleans Parish Criminal District Court (OPCDC) is unconstitutional. The court found OPCDC in violation of Due Process protections because judges oversee the collection of fines and fees while controlling and benefiting from the Judicial Expense Fund (JEF) supported by those fines and fees. According to the court, the extent of the judges’ authority over the JEF – which pays for employee benefits, conferences, cleaning services, bottled water, and more – creates an unacceptable “temptation” to make fines and fees determinations to benefit the court.

At the same time, the Criminal Justice Policy Program at Harvard Law School released a set of policy proposals calling for a “shift in the culture and attitudes of courts” around fines and fees. Their report, Proportionate Financial Sanctions: Policy Prescriptions for Judicial Reform, puts forth a number of reforms that judges and courts can make on their own, without needing to wait for the legislature to act, both at the time of sentencing and in response to nonpayment.