Alabama is planning to close 31 of its part-time driver’s license issuing offices across the state, citing budget cuts. The state currently requires that voters present one of a narrow list of photo identification documents in order to vote, such as a driver’s license or a government employee ID card. As of 2014 an estimated 250,000 to 500,000 Alabamians lacked the specific ID required to vote.

The Brennan Center will be analyzing the impact of this change, but in the meantime, this map[1] illustrates how many of the closing offices are located in areas with Alabama’s highest concentrations of African Americans: 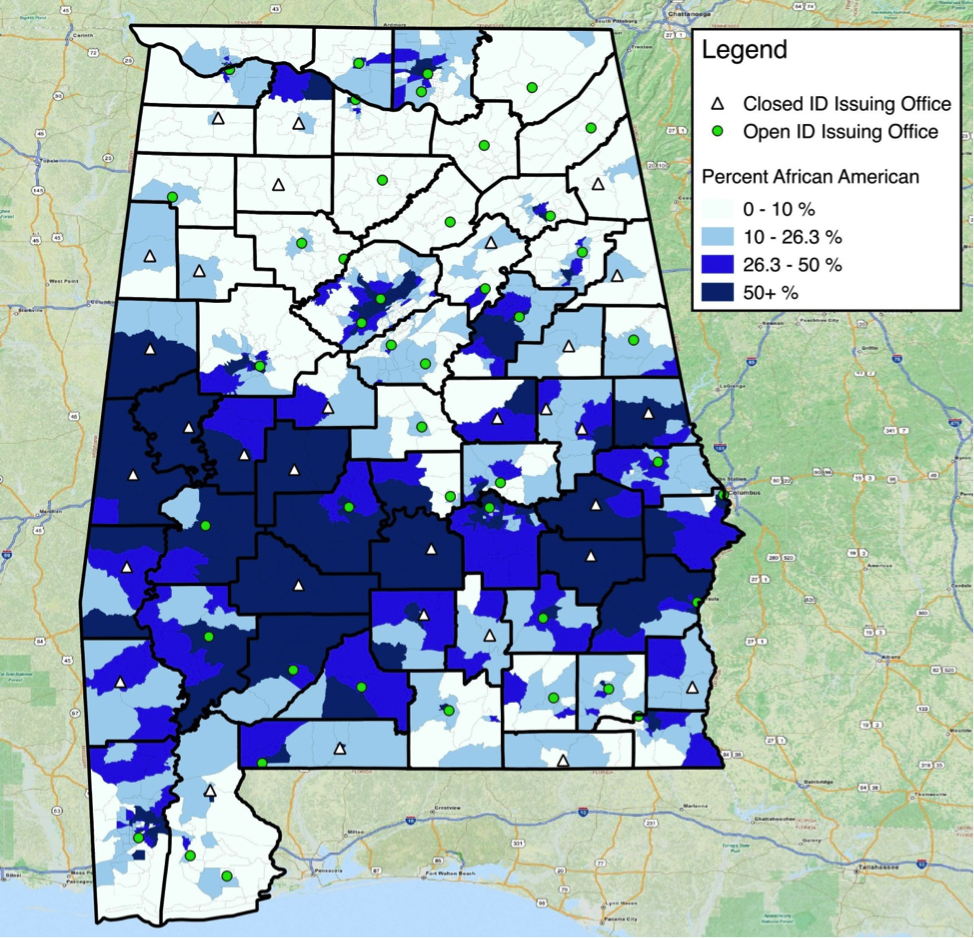 The preliminary analysis suggests that the license office closures are largely concentrated in and around the “black belt,” the portion of the state where the proportion of the population that is African American is highest.

Here are some facts about the closure of the license offices:[2]